Lionel Messi has been a model captain for Barcelona since shelving his plans to push for a move away from the club, says Ronald Koeman.

The mercurial Argentine expressed a desire to leave Camp Nou after enduring a frustrating end to the 2019-20 campaign.

With Barca reluctant to part with a talismanic figure, Messi later revealed to Goal that he will be honouring a contract through to the summer of 2021.

There is still a chance that he will enter into discussions with suitors in January, as he continues to weigh up his options, but for now the 33-year-old is committed to the cause in Catalunya.

Koeman claims to have been offered no indication that Messi’s mind is elsewhere, with the six-time Ballon d’Or winner proving to be as important to the collective cause as he has ever been.

“From day one, Leo has trained and played well and has given the maximum for the club, for his team and for his team-mates and I have had no complaints about him on any day,” Koeman told reporters ahead of a La Liga clash with Sevilla on Sunday.

“He proved himself once again the other day against Celta, he pulled his weight as a captain, he helped the team play the ball out from the back because it’s so important to keep the ball when you have one less player.

“There’s no debate, for me he has always been the best player in the world, I thought that before from the outside and I think it even more now I’m working with him. He’s fully committed, he’s an example to everyone as a captain should be.”

Messi has impressed for Barca through their early outings in 2020-21, with others stepping up alongside him.

Teenage forward Ansu Fati has found his shooting boots, while Philippe Coutinho is making the most of a clean slate offered him by a new coaching regime.

Koeman is pleased with the Brazilian’s efforts so far, saying of a man who spent last season on loan at Bayern Munich after struggling in Spain after a big-money transfer from Liverpool: “Coutinho is a very good player, he has learned a lot in England and with Bayern and my job as a coach is to get the best out of each player and find their best role.

“A coach can help but it all starts with the quality of a player and Coutinho is a great footballer.”

Chilwell 'hungry' for success with Chelsea after unlikely debut double

Sat Oct 3 , 2020
The full-back proved an unlikely attacking threat for his new club in a convincing victory over Palace on Saturday Ben Chilwell hopes Chelsea can build on their 4-0 win over Crystal Palace after becoming just the third player to both score and assist on their Premier League debut for the […] 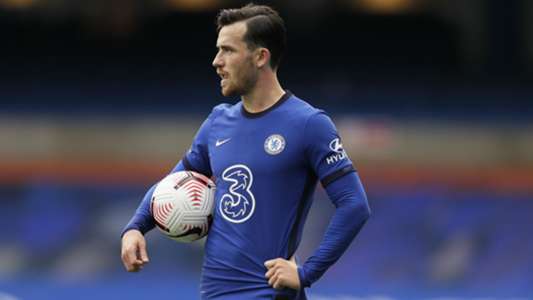