The former Tottenham striker believes a commanding Portuguese coach can deliver long-awaited success, with a title challenge seemingly on the cards

The highly-rated Portuguese tactician has reached the one-year anniversary of his appointment at Spurs.

He was asked to succeed Mauricio Pochettino in north London due to the enviable list of trophies he boasts on an impressive CV.

Mourinho was tipped by many to bring long-awaited silverware to Tottenham, with his methods delivering tangible success wherever he has been.

It could be that he forces Spurs into contention for the English top-flight crown in 2020-21, with a positive start made to the current domestic campaign.

Klinsmann believes the 57-year-old is capable of replicating the triumphs he previously enjoyed across London at Chelsea, with his no-nonsense approach proven at the very highest level.

“They’re dreaming about finally maybe getting to that point of winning this amazing trophy. I think it’s a logical path.

“I think over the past couple of weeks, months, we see something is growing stronger and stronger. Obviously Jose Mourinho has a strong hand in this whole development and he’s a competitor.

“He will give everything he has to make that dream come true, so it’s exciting times for Spurs fans and I keep all my fingers crossed.”

World Cup winner Klinsmann added on Tottenham’s ambition: “I think a successful season is always to get in the top four of the Premier League.

“I think qualifying for the Champions League is now a must for Spurs, it’s a must for the big teams there.

“But when you have a season starting like this, every team is a bit all over the place and there’s nobody running away right now, and that’s an opportunity.

“At the end of the day, if you kind of take advantage of that opportunity because the others are not picking up a rhythm, they’re not winning 10 games in a row and running away from you, then throw yourself in there and build that belief and build that culture of winning.

“What Jose Mourinho definitely does, has done really well over the stretch of his entire career, is he has this piece of nastiness and he transfers that type of nastiness, that type of aggression to his players.

“It’s a marathon and as long as no one runs away in that marathon, which it looks like this season, then there’s a chance for Spurs.”

Tottenham have taken 17 points from eight games so far, putting them second in the table, and will see their title credentials tested to the fullest on Saturday when returning to action with a home date against Manchester City.

Fri Nov 20 , 2020
FC Barcelona – La Liga Feels he deserves more respect Koeman. Ronald Koeman is supportive of Lionel Messi after the Barcelona captain lost his cool with journalists during the international break. The Argentine was questioned about his alleged part in preventing Antoine Griezmann from finding his best form at the Camp […] 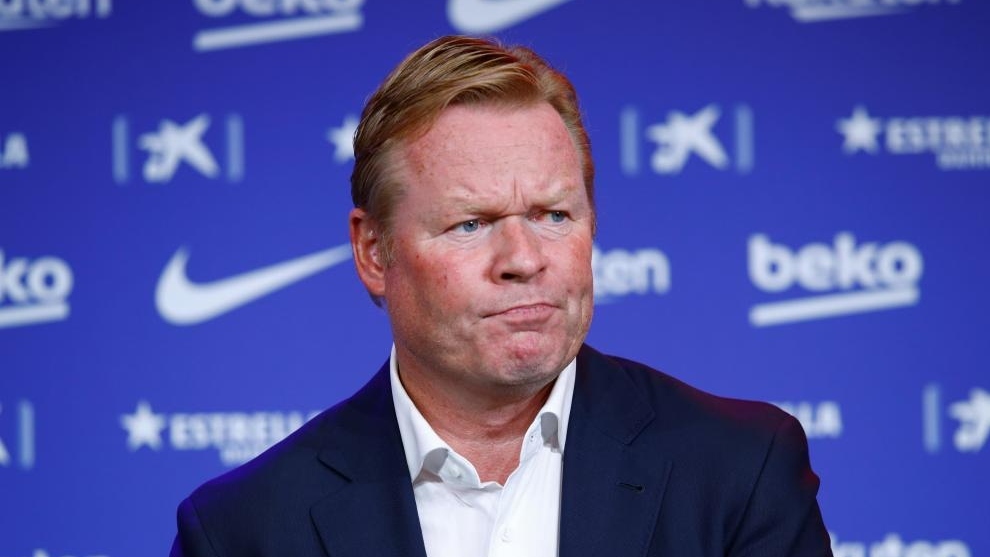