The World Cup winner appeared to be heading for the exits at the Allianz Arena, but he has rediscovered his spark under a highly-rated coach

Thomas Muller looked to be heading out of Bayern Munich under Niko Kovac, but the arrival of Hansi Flick as manager at the Allianz Arena has allowed a World Cup winner to increase his “share price” again.

Despite earning legend status in Bavaria during a remarkable career as a one-club man, the 31-year-old forward fell out of favour under a Croatian coach.

He appeared to be edging his way towards the exits, but a change in the dugout delivered an immediate reversal in fortune.

Muller has become a key man for Bayern once again, hitting 14 goals in a treble-winning 2019-20 campaign, and admits that a new lease of life has been enjoyed by all of those in Munich under the guidance of Flick.

On the impact made by a coach who took the reins in November 2019, Muller told the Bundesliga’s official website: “If you imagine it like a share price, the value for both the team and for myself has gone up dramatically since Hansi took over.

“I have had a lot of playing time and I was able to put in a lot of good performances on the road to winning the title and gaining the success that we achieved as a team.

“Hansi played a very important role, especially in terms of my positioning on the pitch and my role in the team.

“We have a strong connection, but it is one that only works if we keep winning as a team and if I keep putting in strong performances.”

Muller is far from being the only star turn on Bayern’s books, with Flick’s squad littered with world-class talent.

Many of their leading lights, such as Robert Lewandowski and Manuel Neuer are seasoned campaigners, but promising youngsters are also coming to fore.

Muller added on the collective power of Bayern which allowed them to enjoy a clean sweep of major honours last season: “We had a lot of players who performed at the top level, so it’s no wonder that we not only won titles but also got recognition from all over.

“Even during the treble-winning season in 2013, I can’t remember so many Bayern players being talked about and being awarded prizes, such as Lewandowski winning UEFA’s footballer of the year.

“Even though I think Franck Ribery won it back in 2013, I don’t recall so many individual players being celebrated like they are at the moment.

“This shows that we set the benchmark in several different positions, such as Alphonso Davies, who surprised and impressed a lot of people last year. That was very special.”

Fri Nov 20 , 2020
Wayne Rooney has indicated that he would like to take the Derby County manager’s job on a permanent basis. Rooney has been installed as the Rams’ caretaker boss after Philip Cocu’s sacking. He will balance his role as player and coach for Saturday’s Championship clash with Bristol City. But the 35-year-old […] 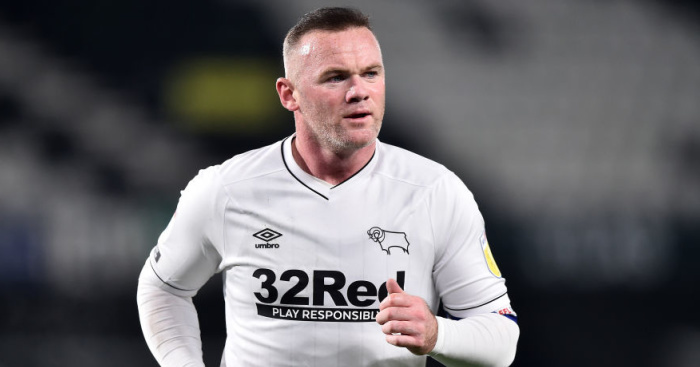