The team comprises of 20 players who are expected to engage in the Cecafa tournament, the winner of which earns a continental slot

Uganda U20 head coach Morley Byekwaso has named a 20-man squad for the upcoming African Cup of Nations Cecafa zonal qualifiers to be held in Arusha, Tanzania.

Son to Uganda’s music star Bebe Cool, Ssali Alpha Thierry has been named in the squad for the tournament that will take place from November 23 to December 6.

Gavin Kizito has recovered from a malaria attack that sidelined him from the KCCA FC friendly during the week and has been named in the travelling squad too.

Ivan Asaba has also been named after he had suffered a strain on his ankle while Andrew Kawoya, Ivan Eyamu, Robert Kitabalwa, Sunday Opio, Umar Lutalo, Jamal Masiko, Wilber Wamala and Derrick Kakooza have all been omitted after training for eight days with the rest.

The Hippos will leave for the tournament on Friday.

Tanzania, the defending champions and the hosts, are in Group A alongside Somalia and Djibouti. In Group B, Uganda, Eritrea and South Sudan are the rivals while Ethiopia, Kenya and Sudan are in Group C.

Cecafa has already named the officials to oversee the junior tournament and the general coordinators are Victor Lwal of South Sudan and Tanzania’s Baraka Kizungutu. They will be assisted by Yacoub Elmi of Djibouti and Issam Shaban of Sudan.

The refereeing committee members’ are Celestine Ntangungira of Rwanda while Leslie Liunda of Tanzania will be the instructor and Kenya’s Sylvester Kirwa has been appointed as a member.

Fri Nov 20 , 2020
The 35-year-old is hopeful the Rams will give him the chance to follow in the footsteps of the likes of former England team-mate Frank Lampard Wayne Rooney has made it clear that he wants to take over as Derby County manager on a permanent basis following Philipp Cocu’s sacking, with […] 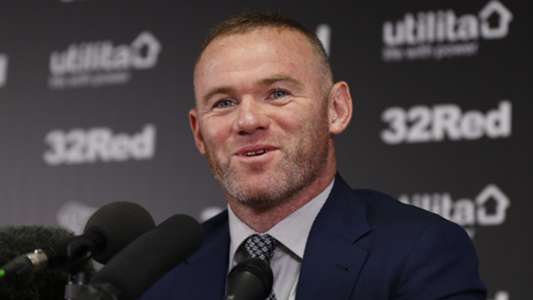