Rafael Nadal dealt with windy conditions and one of the brightest #NextGenATP talents on Sunday to reach a record-breaking 14th quarter-final at Roland Garros.

The 12-time champion converted eight of 11 break points to breeze past Sebastian Korda 6-1, 6-1, 6-2 in one hour and 55 minutes. With his win against the American, Nadal improves to 14-1 in Round of 16 encounters at Stade Roland Garros.

”Today, [there were] very difficult conditions out here with this wind… I am happy to be in the quarter-finals again and now [I have] another very tough match, for sure, in two days,” said Nadal on court.

By reaching his 14th quarter-final in Paris, Nadal breaks a tie with Novak Djokovic, who has reached the last eight at the clay-court Grand Slam championship 13 times. Djokovic will attempt to re-join Nadal atop the leaderboard when he faces Karen Khachanov on Monday.

Nadal was competing against a player who considers him his idol. Following Korda’s third-round win, the Roland Garros debutant told reporters that he named his cat after the 12-time Roland Garros titlist.

“It is a real honour [to have inspired Sebastian],” said Nadal. “All of my generation tried very hard to be passionate, to play every single day trying our best and if that is a good inspiration for the young generation that is good. I am very happy for that.

“I really believe that we are a looking at a great player [in Sebastian]. He is young. Of course, he had some mistakes in some important moments, but the way that he hit the ball was really impressive.”

In his 100th match at Roland Garros (97-2), Nadal will face US Open finalist Alexander Zverev or Next Gen ATP Finals champion Jannik Sinner for a place in the semi-finals. The Spaniard, who has dropped only 23 games through the first four rounds, leads Zverev 5-1 in their ATP Head2Head series and is yet to meet Sinner at tour-level.

Korda, the son of 1992 runner-ip Petr Korda, entered Roland Garros with no tour-level experience on clay. After qualifying for the main draw without dropping a set, the World No. 213 overcame Andreas Seppi, John Isner and Pedro Martinez to become the first qualifier since Alejandro Falla in 2011 to reach the Round of 16 in Paris.

With heavy winds blowing inside Court Philippe-Chatrier, Korda fired forehand winners to threaten a break in the opening game. The second seed saved two break points and soon began to dictate rallies with his forehand to en route to 4-0 lead.

After closing the first set in 37 minutes, the 19-time Grand Slam champion increased his advantage with an immediate break in the second set. Korda struggled to find the court with his forehand, as he attempted to force Nadal into defensive positions and he made another error on that wing to drop the second set.

Korda made a positive start to the third set, breaking Nadal for the first time. The 20-year dragged Nadal out of position with his backhand and made the breakthrough with a backhand winner up the line. Nadal responded emphatically, winning six consecutive games from 0-2 to record his 19th win from 23 matches this season. Nadal closed the match with a forehand return winner down the line.

Sun Oct 4 , 2020
The former Brazilians coach took over from Rene Weiler who had won the Egyptian Premier League title and is in contention for a continental title Former Mamelodi Sundowns coach Pitso Mosimane is fully aware of what he got himself into by accepting the Al Ahly coaching job, and is ready […] 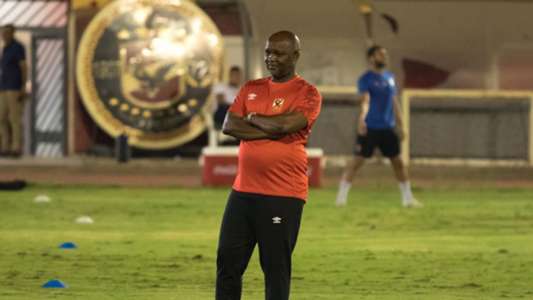