Rafael Nadal dealt with windy conditions and one of the brightest #NextGenATP talents on Sunday to reach a record-breaking 14th quarter-final at Roland Garros.

The 12-time champion converted eight of 11 break points to breeze past Sebastian Korda 6-1, 6-1, 6-2 in one hour and 55 minutes. With his win against the American, Nadal improves to 14-1 in Round of 16 encounters at Stade Roland Garros.

By reaching his 14th quarter-final in Paris, Nadal breaks a tie with Novak Djokovic, who has reached 13 quarter-finals at the clay-court Grand Slam championship. Djokovic will attempt to re-join Nadal at the top of the leaderboard when he faces Karen Khachanov on Monday.

In his 100th match at Roland Garros (97-2), Nadal will face US Open finalist Alexander Zverev or Next Gen ATP Finals champion Jannik Sinner for a place in the semi-finals. The Spaniard leads Zverev 5-1 in their ATP Head2Head series and is yet to meet Sinner at tour-level.

Korda, the son of 1992 runner-up Petr Korda, entered Roland Garros with no tour-level experience on clay. After qualifying for the main draw without dropping a set, the World No. 213 overcame Andreas Seppi, John Isner and Pedro Martinez to become the first qualifier since Alejandro Falla in 2011 to reach the Round of 16 in Paris.

With heavy winds blowing inside Court Philippe-Chatrier, Nadal was caught out with his footwork as Korda fired forehand winners to threaten a break in the opening game. The second seed saved two break points and soon began to dictate rallies with his forehand to en route to 4-0 lead.

After closing the first set in 37 minutes, the 19-time Grand Slam champion increased his advantage with an immediate break in the second set. Korda struggled to find the court with his forehand, as he attempted to force Nadal into defensive positions and he made another error on that wing to drop the second set.

Korda made a positive start to the third set, breaking Nadal for the first time. The 20-year dragged Nadal out of position with his backhand and made the breakthrough with a backhand winner up the line. Nadal responded emphatically, winning six consecutive games from 0-2 to record his 19th win from 23 matches this season. Nadal closed the match forehand return winner down the line.

Sun Oct 4 , 2020
The Mali international was on target for the first time on the turf of the Saints Moussa Djenepo scored his first league goal for Southampton at St. Mary’s Stadium as he gave the Saints the lead in Sunday’s Premier League match against West Bromwich Albion. The Mali winger has played in every […] 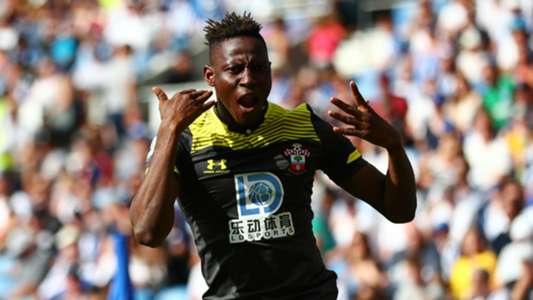