“I’m very, very happy to be in the semi-finals again here at Roland Garros,” Nadal said on court. “No doubt that this is the most important place for me and the most beautiful place to play. [I’m] just very, very happy.”

One of the toughest challenges in sports is beating Nadal on the Parisian clay. But Sinner, the reigning Next Gen ATP Finals champion, showed no fear against the 12-time champion. The teen served for the first set and led by an early break in the second set before succumbing against the legendary lefty, who has been in devastating form this fortnight. Nadal has not lost a set en route to his 13th semi-final at this event, only dropping 34 games in 15 sets.

Sinner, who wasn’t ranked highly enough to play Roland Garros qualifying last year, went blow-for-blow from the baseline with Nadal, a rare sight on the ATP Tour. The Italian never panicked, looking especially comfortable in cross-court rallies between his two-handed backhand and Nadal’s lethal forehand, a pattern reminiscent of Novak Djokovic’s matches against the Spaniard.

But in key moments, the second seed crucially proved steadier. It was a high quality match, with Nadal winning 59 per cent of his second-serve points.

“Sinner is a very, very young talent with a lot of power, great shots. For two sets it was tough, especially at the end of that first set. I was lucky to be back from 5-6, having to break him back. The conditions here were a little bit difficult because he was hitting every ball very hard,” Nadal said. “For me it was difficult to pull him out of position. I think in the third set I did much better and I finished playing much more aggressive. That was the only way.”

Wind gusts reached more than 30 miles per hour and the temperature hovered in the mid-50s on Court Philippe-Chatrier. Nadal would usually bully opponents in such conditions with his physical game, eliciting short balls to put away. But Sinner was composed and rarely was sucked into overplaying to push the lefty back. His rally balls were enough to do that.

Sinner served to take a surprising lead at 6-5 in the first set. At 30/40, he temporarily staved off a “boomerang break” by out-hitting the second seed in a 34-shot rally. But Nadal increasingly crushed his forehand down the line to force a tie-break, in which Sinner made a few loose forehand errors.

The Italian, who got the inside of his right leg treated before the second set, shrugged off any disappointment immediately. The World No. 75 punished a short forehand to break for a 3-1 lead. Nadal continued playing more aggressively to Sinner’s forehand, which yielded results, as he got back on serve when the Italian launched a forehand long.

Later in the set, Nadal broke again when Sinner hit a forehand into the net. On many occasions, when Nadal gains an edge in Paris, he’s like a runaway train. But playing in just his fourth Grand Slam main draw, Sinner slammed two massive forehand winners to put pressure on the 34-year-old. Nadal escaped a deuce service game at 5-4 to take a commanding two-set lead.

Nadal did not relent, immediately breaking in the third set and he cruised from there. The 85-time tour-level champion got even more aggressive as the match wore on, finishing off his victory with an overhead for his 37th winner, clinching a sixth service break.

Nadal has won 11 of his 14 Roland Garros quarter-finals in straight sets. In seven of those matches, he was not pushed to a tie-break, which Sinner accomplished in the opener. This clash served as a showcase for Sinner, who beyond his easy power and calm demeanour showed touch all around the court with drop shots and an exquisite backhand overhead angled into a player’s bench. But it says a lot about Nadal’s form that he still triumphed in three sets.

“I had chances in the first and second set. Unfortunately, I didn’t use them. Then when he goes up two sets to love with a break, it’s not that easy. I tried to stay there,” Sinner said. “He deserves where he is. Congrats to him.”

The second seed will next face Diego Schwartzman, who beat Dominic Thiem on Wednesday in a five-set quarter-final that lasted more than five hours. The Argentine stunned Nadal two weeks ago at the Internazionali BNL d’Italia.

“Today he played an amazing match against one of the best players of the world, without a doubt, especially on this surface. He’s coming with big confidence,” Nadal said of Schwartzman. “He’s in the final in Rome, he’s in the semi-finals here. He beat me there. It’s a plus of confidence for him. I know that. I’m going to try to go on court, play my best, try to play my game, play aggressive, try to do something a little bit different than what I did in Rome, of course. Hope to be ready to play my best. That’s what I need.”

Did You Know?
This was Nadal’s 100th match at Roland Garros. He is now 98-2 at the clay-court Grand Slam.

Premier League: Critics hold hands up: I apologise to Everton fans and to James Rodriguez

Tue Oct 6 , 2020
Premier League Taking English football by storm James Rodriguez’s arrival at Everton left a lot of people confused and unconvinced in England, with the Colombian having spent a year sitting on the bench at Real Madrid and, at times, not even making matchday squads. Not many people around English football believed […] 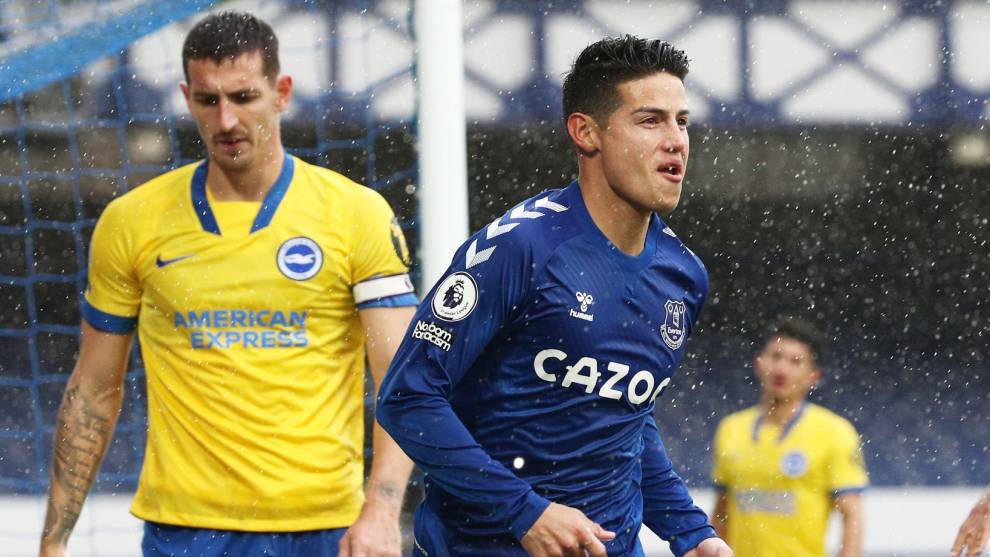