45′ + 2′ Kjaer makes a decent header to prevent Insigne’s cross from reaching Mertens. Up the other end, Ibrahimovic casually wafts a leg out to take a high ball down. That’s laughably good, better than the Bennacer shot that follows.

45′ There’ll be three more minutes of this. Kessie pickpockets Ruiz just in front of Napoli’s box and thinks he has chance to shoot but the referee blows for a Napoli free-kick.

44′ Play restarts for a matter of seconds before Lozano and Hernandez collide down the flank. Milan get the free-kick, although they clamour for more.

43′ Napoli put the free-kick into a perfect position but Mertens can’t get his feet together to really test Donnarumma at the near post. Napoli keep the pressure on and Rui fires over. Kessie, meanwhile, is bleeding from the mouth after catching a flailing arm from Politano. Play stops while he heads off to get that seen to.

41′ Insigne keeps the ball in play down the left for Napoli. Politano tries to hold off Kessie but is fouled by the Ivorian in the process. Napoli free-kick.

39′ Napoli are starting to get more time on the ball now. Every Milan player bar Ibrahimovic is camped in their own half. Lozano lets fly from distance and the shot whizzes over the crossbar.

37′ Napoli take the corner short and quick and make a bit of a mess of it. The less said about that the better.

36′ Rui sends a ball down the line for Koulibaly who runs into an unfamiliar position down the left wing. He gets the throw-in. Politano jinks down the right and knocks the ball off a defender for a corner.

34′ Napoli clerar the corner and go hunting on the counter. Calhanoglu gets back in time to put a stop to it. Politano fizzes an effort wide of the left-hand post shortly after.

33′ Now it’s Milan’s turn to have a go. Calabria spots an opportunity to shoot from range and Koulibaly positions himself well to deflect it out for a corner.

31′ Saelemaekers is judged offside from Ibrahimovic’s header on. Napoli go back on the attack and Politano spoons a shot over after a one-two with Lozano.

27′ Donnarumma makes a super save to deny Mertens! Mertens looks certain to score until Milan’s keeper keeps him out with a low stop. Mertens swings the corner in and Donnarumma makes another great save from Bakayoko, then Di Lorenzo hits the crossbar! It’s all happening at the moment.

25′ Just a bit about Ibrahimovic. The Swede has become only the fourth player to find the net in his first six appearances in a single Serie A campaign, joining Gabriel Batistuta, Christian Vieri and Krzysztof Piatek. He’s still got plenty in the tank.

24′ Rebic beats Di Lorenzo with a stop-start run before hanging in a cross from the byline. Meret comes out to catch it.

22′ Napoli look to get back into the game quickly but Lozano can’t find a clear ball in. Calabria wins a free-kick in his own penalty box to give Milan a breather.

20′ Hernandez’s cross was a peach but Ibrahimovic made it even better with his beautifully timed run. Napoli’s defenders thought there wasn’t trouble until there was.

20′ GOAL! NAPOLI 0-1 AC MILAN! It’s a thumping header from Ibrahimovic! Milan’s veteran striker times his run perfectly to get on the end of a Hernandez cross, looping his header into the bottom right corner. That’s a great goal.

20′ Napoli put together some neat play to send Politano racing into the area. Rebic arrives on the scene to block Politano’s cross.

18′ Milan send the free-kick in and Coulibaly beats Kjaer to the header to put it out for a Milan corner. Calhanoglu fires in the corner and Politano heads it away.

16′ Bakayoko gets the first yellow card of the game for a challenge on Saelemaekers when the Milan man had already won the ball. Saelemaekers takes some time to get back up.

14′ Saelemaekers takes down a pass and makes a beeline for the penalty area, cutting inside onto his left foot. The Belgian can’t keep his shot down though.

12′ It’s been a lively start to the game with Milan dictating the play so far. Napoli look like they can worry Milan on the break though.

10′ Milan are looking confident at the moment. Calhanoglu plays a one-two with Ibrahimovic and smacks a shot towards goal from distance. Meret dives to his right to keep it out. The corner lands to Kjaer near the penalty spot but the centre-back fires way over!

8′ Chance for Milan! Rebic latches onto a pass over the top into the box but scuffs the shot on the volley. It doesn’t end up worrying Meret too much but that was a decent opportunity for the visitors.

6′ Politano takes advantage of Milan being down to 10 men temporarily to have another run down the right. Romagnoli successfully plays the ball off Politano for a goal-kick. Kjaer is back on the pitch now.

5′ Hernandez feeds Rebic down the left but Di Lorenzo is well-placed to block the cross. Politano dribbles straight down the right on the counter attack but Kjaer gets back just in time to stop the cross, overstretching himself in the process. Kjaer leaves the field briefly for treatment.

3′ Milan go on their first attack of the game. Rebic tries to beat Di Lorenzo down the left but fouls him in the process.

1′ Milan get this game underway!

The two sides are out on the pitch here at the Stadio San Paolo. Both teams are wearing their usual first choice kits – Napoli in blue and white, Milan in red and black.

Napoli have reason to be optimistic. They’re unbeaten in their last 11 league encounters with Milan and Milan have won just once here in Naples in the 21st century, a 2-1 win in October 2010 when Milan’s striker here Ibrahimovic was among the scorers. Milan are unbeaten in their last 14 away from home though, and Napoli have been frail at home this campaign. Will Napoli’s record against Milan stand or will Milan continue their unbeaten start to the season?

Napoli make three changes from their 1-0 away win at Bologna before the international break. Rui and Politano replace the injured Hysaj and Osimhen while Meret starts in goal. There are two changes to the Milan team that drew 2-2 at home with Verona last time out. Their captain Romagnoli starts, as does Rebic.

Milan really are in a fantastic run of form – the Rossoneri are unbeaten away in their last 14 games away from home in all competitions. Napoli away is a big test of their character though. Will Milan continue their recent resurgence, or can Napoli end Milan’s unbeaten start to the season? Let’s find out!

Gennaro Gattuso’s Napoli welcome a revitalised Milan to the Stadio San Paolo looking to leap up to the Champions League places. Milan may be without their self-isolating boss Stefano Pioli here, but they look better than they have done in years. A win here would take them back to the top of the Serie A table.

Hello! Welcome to our live text commentary of this Serie A match between Napoli and AC Milan at Stadio San Paolo, Napoli.

Sun Nov 22 , 2020
Ahead of her return to the national team, the Copper Queens star provided the late winner in Sunday’s game at Collerense Racheal Nachula scored her second goal in the 2020-21 season as Zaragoza romped to a 3-2 comeback victory against Collenrense on Sunday. The Zambia international played a crucial role […] 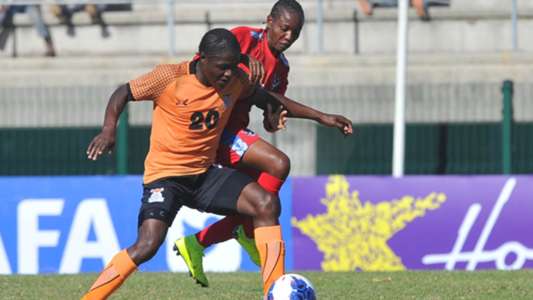