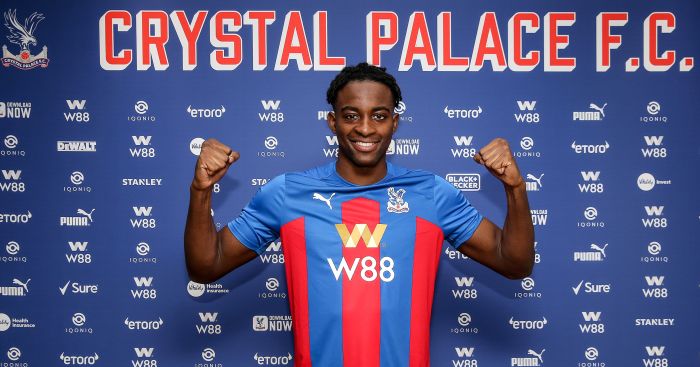 Crystal Palace have completed the loan signing of forward Jean-Philippe Mateta from Mainz on an 18-month deal.

The Eagles have the option to make the move permanent and this transfer is the latest effort by the club to bring down their average age of the squad.

Mateta is the third player aged 23 or under to join Palace since the summer. He follows the additions of Nathan Ferguson and Ebere Eze.

A former France Under-21 international, he will provide competition up front for Roy Hodgson. Winger Wilfried Zaha has been largely used in a central position this season, scoring eight goals for the Eagles.

Mateta told the club’s official website: “I’m very happy to come to Crystal Palace and I look forward to training.

“Playing in the Premier League was my dream when I was a child. Now I can play, I will show the fans of Crystal Palace what I can do.”

After success with Chateauroux as a teenager, Mateta joined Lyon before he made the switch to Germany in 2018.

Mateta back after knee injury

The target man flourished at Mainz and scored 14 times during his first campaign. However, a knee injury saw him miss a large chunk of last season.

Back fully fit again, Mateta has already hit double figures this term and will hope to continue his fine form at Selhurst Park.

Chairman Steve Parish added: “We have followed Jean-Philippe’s development with keen interest for some time, and I’m so pleased that we have been able to bring him to south London.

“He is a player that is full of potential with a proven goal-scoring record, and his signing reiterates our commitment to ensuring we have a well-balanced squad in terms of youth and experience for the seasons ahead.”