Nigeria midfielder Ngozi Okobi-Okeoghene was on target as Eskilstuna United recorded a 4-2 victory at Uppsala in Sunday’s Swedish Damallsvenskan encounter at Studenternas IP.

Following a 3-1 victory against Orebro last week, Magnus Karlsson’s side went into the showdown with the sole ambition to maintain their newly found winning mentality at Uppsala.

The 26-year-old Nigerian was handed her 12th start of the season following her fine display against Orebro in their last outing and she put up a good show along with compatriot Halimatu Ayinde.

Felicia Rogic gave Eskilstuna the lead in the 14th minute before Okobi-Okeoghene came close to scoring the second in the 35th minute but was denied by goalkeeper Emma Holmgren.

Two minutes from the half time break, the Nigerian midfielder found a breakthrough and she doubled the lead for the ambitious visitors.

Eskilstuna continued from where they left off in the second half as Rogic bagged her brace and the side’s third 12 minutes after the restart.

Ayinde came close to getting on the scoresheet but her attempt went wide in the 67th minute before Kaisa Collin set up Rogic to bag her hat-trick 10 minutes later.

Uppsala, however, bagged two late goals through Marika Bergman Lundin and Beata Olsson but those were not enough to deny the visitors the maximum points from the six-goal thriller.

Okobi-Okeoghene who played for the duration has now scored three goals in 17 games, while compatriot Ayinde was in action for 83 minutes before Linn Vickius took her place for Eskilstuna.

The result means Eskilstuna moved to sixth position on the Damallsvenskan log with 20 points from 17 matches.

They will seek to replicate their form in the Swedish Women’s Cup when they pay a visit to Ellitettan side Bollstanas on Wednesday. 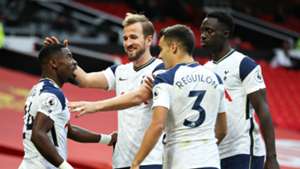