Chiefs were held to a 2-2 draw by Abafana bes’Thende in a league encounter at the Sugar Ray Xulu Stadium on Saturday afternoon.

It was Arrows who scored the first goal of the game when Siboniso Conco held his nerve from the penalty spot to beat Itumeleng Khune in the 49th minute.

The spot-kick had been awarded by referee Olani Kwinda after Willard Katsande had challenged Zolani Nkombela in the Amakhosi box.

It was a tough call to make, with even television replays not really proving conclusive. There was a suggestion though that Katsande just managed to nick the ball first, which is how Fredericks saw it.

“My take on that is that Katsande was reacting. Initially, he missed the [earlier] tackle. Moving on to that, he was again second to the ball,” the former Bafana Bafana midfielder said in the post-match discussion in the SuperSport studio.

Although the match official had done well to be placed close to the action, it was possible that he didn’t quite have the best angle to view the moment of contact, as Fredericks pointed out:

“I think the ref was in a very good position, close to the play. But I think that his [Katsande’s] body just obscured him seeing the contact. I think Katsande got the ball and then the defender [Nkombela] kicked him.

“I think it wasn’t a penalty, but it was so close to call. It could have gone either way,” he concluded.

But they were only in front for five minutes as Nduduzo Sibiya scored a beauty of a goal to earn the KwaZulu-Natal side a share of the spoils.

The result means Chiefs have won only one of their opening four league matches. Their next game is against Swallows FC on Tuesday night at the Dobsonville Stadium.

Villarreal vs Real Madrid: Zidane on criticism: You get on with your jobs and I'll get on with mine

Sat Nov 21 , 2020
Villarreal vs Real Madrid Real Madrid struggle again Zinedine Zidane. AFP Zinedine Zidane has distanced himself from criticism surrounding his Real Madrid side this season. Los Blancos dropped more points in LaLiga Santander in a 1-1 draw against Villarreal on Saturday. Zidane’s men have been inconsistent throughout this campaign and couldn’t […] 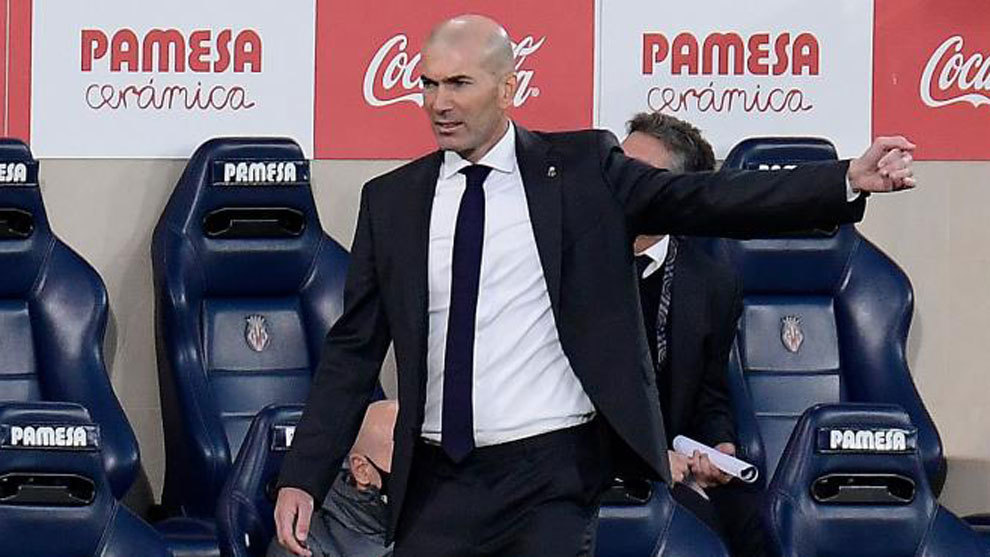