Former South Africa coach Gordon Igesund says there should not be much concern about the calibre of the national team’s opponents for the upcoming international friendly matches, but the focus should be placed on earning some game time ahead of next month’s 2021 Africa Cup of Nations qualifiers.

Bafana Bafana will play Namibia on Thursday and then wrap up their October friendlies against Zambia on Sunday. Both games will be played at Royal Bafokeng Stadium in Rustenburg.

The matches are in preparation for November’s back-to-back Afcon qualifiers against Sao Tome e Principe as Bafana Bafana seek to dislodge Ghana from the top spot in Group C where they are placed second.

“I think what is very important here is for Bafana Bafana to have some game time under their belts. With this pandemic it has been very difficult for national team coaches and players to find their form,” Igesund told Goal.

“They are going into this tournament which is very important. I mean the Afcon qualifiers coming up, we do need some good preparations for that. I think to start with Namibia on Thursday, it is a game we have to use to find some players’ form.

“And then on Sunday there will be a lot to pick on, I think Zambia will be a little more difficult. But at this stage I don’t think any team are going to be at their best. They are just trying to get some game time in preparation for Afcon qualifiers.”

But Igesund feels for Ntseki, saying it has not been easy for most coaches to select their squad as the coronavirus pandemic interrupted football around the world.

“I think at this stage it was very difficult to pick the team. You can’t pick a team based on form because there was no much games and form going into these matches. Teams were all under lockdown, they were inside the bubble, they couldn’t train properly leading up to the games,” said Igesund.

“There was no real good training for everybody. Everyone was short of match-fitness. So I think at the moment you can’t look at this player or that player.

“If selected players get this opportunity they will all work hard, they all will lift their hands up to say, ‘you know what, by the time we reach the qualifiers, we are going to be at our best, will wish show the coach and everyone else that we are ready to play in Afcon.’

“It’s an opportunity for the players to put their names down to be selected for important games that are coming up.

“At the moment it has been very difficult with this pandemic not only for Bafana Bafana but also for all countries and all of Africa. It has been an absolute nightmare for everybody to train and get some good matches against good opposition. It has been tough all around.

“So I just hope they can hit the road running and get themselves in good shape before Afcon qualifiers start.”

Ntseki’s tenure as Bafana coach has so far yielded two victories and a defeat, but Igesund says there should not worry about results from the upcoming friendlies as the coach can still build a more competitive side despite lockdown interruption.

“Obviously they are playing to get some game time but they should also use it to prepare the team technically, how the coach wants to play,” Igesund said.

“He knows how he wants to play, he knows his opposition coming up in the qualifiers, he knows which formation he needs to employ. So he needs to work on these things and I am sure he will.

“He knows that the players could be a little bit rusty but he can still put up a team that can play the way he wants it to play when he plays his first Afcon qualifying match.

“So the players will be more aware of what’s going on. He will be able to see which player can or cannot do what he expects them to do against much tougher opposition.”

Wed Oct 7 , 2020
The Cranes will come up against their neighbours in the first match of the competition at the Stade de Unification in Douala Uganda will take on neighbours Rwanda in their first match of the 2020 Africa Nations Championship (Chan) in Cameroon. According to the fixtures released by the Confederation of […] 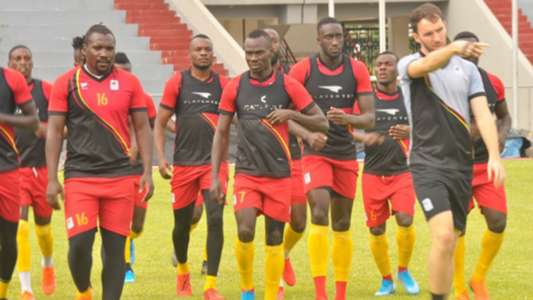