Bafana Bafana coach Molefi Ntseki says his side needs to improve their concentration in the match against Zambia on Sunday, an aspect of their game he fears may have a negative effect during November’s back-to-back 2021 Africa Cup of Nations qualifiers against Sao Tome e Principe.

After South Africa were held to a 1-1 draw by Namibia at Royal Bafokeng Stadium on Thursday, Ntseki was not pleased with the manner his charges conceded their goal from an Absalom Limbondi strike.

The coach attributed Namibia’s equaliser to a lapse in concentration and wants to correct that weakness when his team faces Zambia in another friendly match.

“Our first match of this difficult year had some great tactical moments,” said Ntseki as per Safa.net.

“I believe we had a good first half, with some good combination play that led to Luther Singh’s goal. There are moments where our final passes were not timed well inspite of good combinations.

Seasoned players like captain Thulani Hlatshwayo, Themba Zwane, Andile Jali, Percy Tau, Lebogang Manyama, goalkeeper Darren Keet, who did not feature against Namibia, are expected to be back for the Zambia game.

“Our attention has moved to our next match against Zambia, where players who were rested will get a run,” Ntseki said.

“We rested four of our senior players last night to try and work on new combinations and we saw new ideas going forward. We have a style of play that the players need to remember after so many months out of action and this will be re-emphasized during our morning video sessions.”

After the Zambia game, Ntseki and his men will wait for November’s home and away fixtures against Sao Tome, their first competitive games of 2020.

Fri Oct 9 , 2020
The 21-year-old has won the Hermann Trophy — the highest individual honor in collegiate soccer — in back-to-back seasons U.S. women’s national team head coach Vlatko Andonovski has said he is “confident” that Stanford prodigy Catarina Macario will be eligible to play for the USWNT by the time the Tokyo Olympics […] 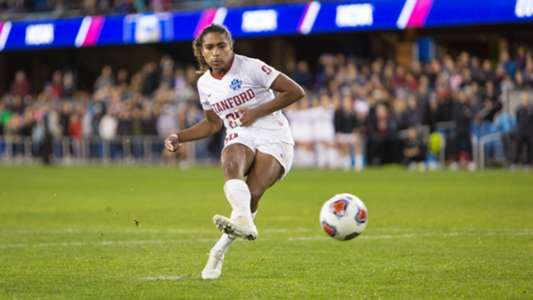