It was the first time Olunga’s side were coming into action since their actions were temporarily suspended after six players tested positive for the coronavirus in late October.

Daichi Hayashi scored the opener for Sagan Tosu in the 53rd minute while the second was scored by Fuchi Honda. So, Olunga’s effort in the 87th minute was not enough for Kashiwa Reysol to pick at least a point.

Although the team failed the Sagan Tosu test, Olunga’s goal saw his tally jump to 24 as he chases the Golden Boot award in the J1 League. The former Girona striker remains the leading scorer after 27 games.

Olunga was named in the J1 League team of October after he got a number of goals that stretched his lead in the Golden Boot race.

The former Thika United and Gor Mahia striker was on target twice when Kashiwa Reysol defeated Yokohama FC 3-0 on October 3.

He also registered a brace against Vissel Kobe on October 10 as his side picked up a 4-3 win against the league rivals. His stellar form also saw him get a goal against Shonan Bellmare on October 18 and the last goal of that month came against Gamba Osaka although Kashiwa Reysol lost the two games.

The towering striker missed Kenya’s Africa Cup of Nations qualifiers against Comoros in November after some of his teammates and head coach returned positive coronavirus tests. Harambee Stars picked just a point from the double-header as they drew 1-1 at home before they lost 2-1 in the second game.

According to head coach Jacob ‘Ghost’ Mulee, Olunga would have assisted Kenya in a big way by scoring goals had he been present.

“Olunga is a top striker, we all know him and we all know what he can do, and if you look at the chances we created, both in Kenya and away in Comoros, he could have scored a couple of goals,” Mulee told Goal in a separate interview.

“He [Olunga] is a striker who uses half a chance to score goals, so I must admit we missed his services a lot, he can turn a half-chance to score, he can score from nowhere, we really missed him.

“He is the engine of the team, Olunga is our key striker and his absence was indeed a blow but like I said before, we don’t have to cry over spilt milk, we must accept and move on and if possible use what we have.”

Kenyans would hope the Kashiwa Reysol striker will be available in the remaining Group G matches against Egypt and Togo.

Sat Nov 21 , 2020
Fans were concerned after the left-back missed his country’s Nations League game with Slovakia during the international break Andy Robertson says he is fit to play for Liverpool in their top-of-the-table clash with Leicester City on Sunday after a gruelling international break. The Scottish left-back had been fighting a hamstring […] 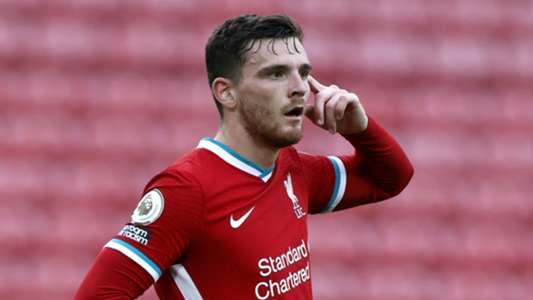