Seven months after their last game, Panathinaikos and Olympiacos played against each other for the second round of this season’s Euroleague with the team from Piraeus getting a very important win, 71-78, in the Greek “Classico”. With both teams not having a great night from the perimeter and Nemanja Nedovic not at his best performance, Olympiacos left the Olympic Stadium in Athens with their first win this season.

Giorgos Printezis was the top scorer for Olympiacos with 17 points with Shaquielle McKissic adding another 10. For Panathinaikos Marcus Foster with 15 points and Ioannis Papapetrou with 14 tried to keep the “greens” close to the score.

With a monster block from Hassan Martin on Nemanja Nedovic and Olympiacos keeping the difference to 10 points, the team from Piraeus played great defence in the second quarter without letting Panathinaikos find their easy way to the basket. With the difference reaching even 15 points (20-35), five minuted before the end of the first half, Panathinaikos tried to stay in the game and with a three point shot from Leonidas Kaselakis, the “greens” went to the locker rooms trailing by 9 points.

With Panathinaikos determined to get back on the game, coach Vovoras and his players started the second half strong and they even managed to bring the difference between the two teams to 6 points (40-46). That’s when Giorgos Printezis extended the lead for Olympiacos. With some great offensive efforts from Kostas Sloukas and Shaquielle McKissic and with two crucial 2-point shots from Nemanjia Nedovic and Howard Sant-Roos, both teams ended the third quarter with Olympiacos leading by 5 (57-62).

In the fourth and final quarter, Panathinaikos managed to bring the score to a four point difference with Howard Sant-Roos scoring for the “greens”. That’s when coach Vovoras and his players tried to make an effort to return to the game but that’s also when Shaquielle McKissic and Sasha Vezenkov brought back the 10-point lead for Olympiacos (62-72). Five consecutive points from Nemanja Nedovic, were Panathinaikos’ last try to get back on the game. Olympiacos didn’t get affected by that, and got a very important road win, 71-78.

Messi will stay if a new board arrives at Barcelona - Suarez

Fri Oct 9 , 2020
The Argentine wanted to leave the Blaugrana this summer but ultimately decided he was unwilling to get involved in a legal battle with the club Luis Suarez believes that Lionel Messi will stay at Barcelona if the club brings in a new board, which would include replacing current president Josep […] 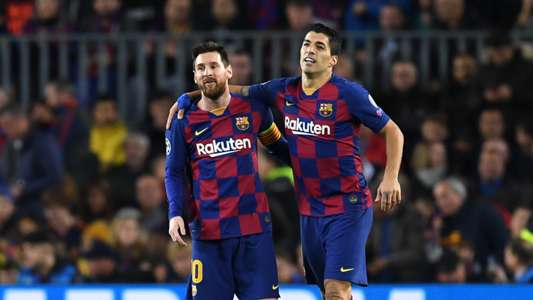