Three years after the previous one, Pablo Carreno Busta is through to his second Roland Garros quarter-final, beating Daniel Altmaier 6-2, 7-5, 6-2 in two hours and 22 minutes. The Spaniard continued where he left at Roland Garros, earning another deep run at Majors and setting another clash against world no.

1 Novak Djokovic following that controversial encounter in New York. Competing at his first Major, Altmaier qualified for the main draw and won three matches in straight sets, unable to repeat that against Carreno Busta on Court Philippe-Chatrier.

Serving at 85%, Carreno Busta repelled three out of four break chances, firing 44 winners and 27 unforced errors to leave the rival behind. The German had more winners than unforced errors but that wasn’t enough for a set, getting broken six times from 18 opportunities offered to Pablo to finish his run in the fourth round.

The encounter kicked off with four deuces in the opening two service games, with both players bringing their games home without facing break points. Carreno Busta grabbed the first break in game three, holding with a service winner to extend the advantage.

The German wasted three game points in game five, suffering a break when his backhand landed long and pushing the Spaniard further in front. Pablo saved a break point with a service winner in game six, closing the opener with a hold at 15 at 5-3 after 43 minutes.

The returners claimed only five points in the opening five games of the second set and Altmaier drew first blood with a break at 15 in game six to open a 4-2 gap. A service winner sent Daniel 5-2 ahead, serving for the set at 5-3.

Unable to make that last push, the German saved the first break point with a forehand winner before spraying an error on the second to keep Carreno Busta in contention.

Pablo Carreno Busta is through to the second quarter-final at Roland Garros.

The Spaniard leveled the score at 5-5 after three deuces in game ten, earning another break in game 11 when the youngster placed a backhand long.

Serving for the set, Pablo held at 30 following a mistake from his opponent to rattle off five straight games and steal the set. Seven out of eight games of the third set reached deuce, and the more experienced player knew how to take the crucial points and seal the deal.

Altmaier netted a forehand in the first game to give serve away, falling 3-0 behind after a Spaniard’s backhand winner. Daniel saved three break points in game five to avoid a bagel, reducing the deficit but hitting the exit door when Carreno Busta held at 5-2.

Tue Oct 6 , 2020
After a breakout season with the Portland Trail Blazers, 21-year-old Gary Trent Jr. has signed with Klutch Sports Group. ESPN’s Adrian Wojnarowski broke the news Monday evening. This couldn’t come at a better time for Trent Jr. who is set to become a restricted free agent at the end of […] 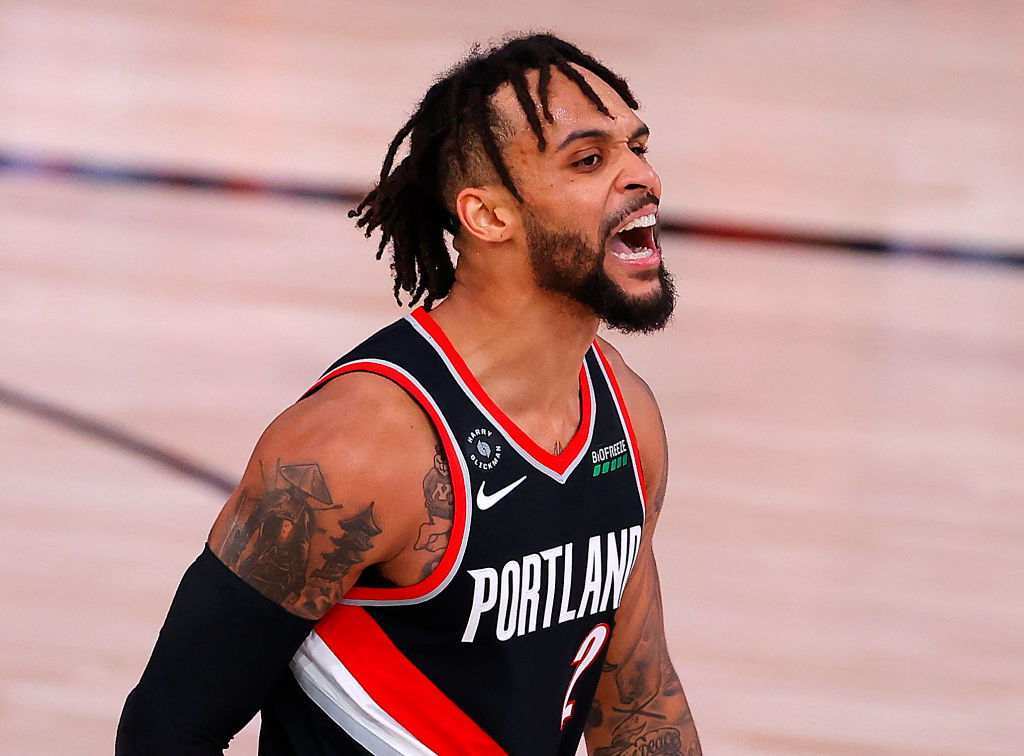