The Gunners’ technical director is pleased to have added in important areas at Emirates Stadium, with an ambitious project coming together

Thomas Partey had been part of Arsenal’s long-term planning for “six or seven months” prior to a £45 million ($58m) deal being pushed through on deadline day, Edu has revealed.

The Gunners finally landed a long-standing target as the summer transfer market prepared to close for business.

It took until the final hours of the window to get an agreement in place, but efforts behind the scenes had rumbled on for some time prior to that as the north London giants attempted to secure another important piece of their puzzle.

Technical director Edu told Arsenal’s official website of snapping up Partey: “One day I would like to show the fans how we work, or how we worked because if you saw my plan six or seven months ago when I did it with Mikel, Thomas was there already.

“So you see how many months we had to try to find the right player for the club.

Partey was the final signing of a productive window for Arsenal, with Edu encouraged by all of the additions made to Mikel Arteta’s squad.

He added: “If you see Willian, he brings us experience and a very special physicality in terms of speed. If you see Gabriel [Magalhaes], he gives us a lot of physicality and presence. Dani [Ceballos], quality. Thomas, physicality, quality and mentally he is very strong.

As well as bringing in fresh faces, Arsenal were also able to tie up important deals with key assets already on their books.

Edu said of agreeing fresh terms with Gabriel Martinelli, Bukayo Saka and talismanic club captain Pierre-Emerick Aubameyang: “This is another good point I want to mention because normally people are talking about signing players but for me and Mikel, we dedicate our time to what we have at home.

“So we have to renew players, we have to give our respect to the players we have here, so let’s do it as soon as possible.

Thu Oct 8 , 2020
Date published: Thursday 8th October 2020 1:44 A trio of first-teamers have been left out of Tottenham’s Europa League squad, including midfielder Gedson Fernandes. Out-of-favour full-back Danny Rose and goalkeeper Paulo Gazzaniga are also omitted ahead of the group stage, which begins on October 22. Rose failed to secure a move […] 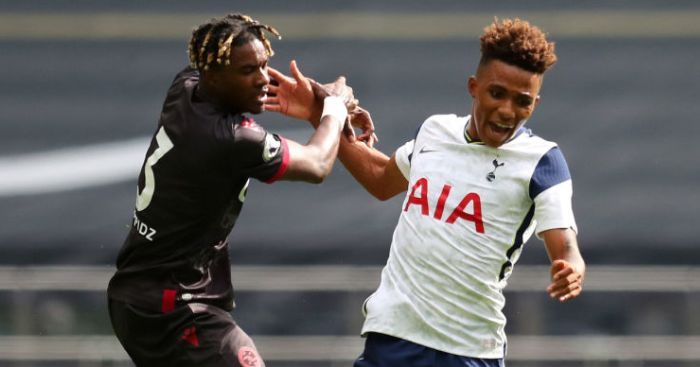