The seventh seeds won 76 per cent of first-serve points (42/55) to advance after one hour and 45 minutes. Pavic and Soares are attempting to capture their second straight Grand Slam team title, following their maiden major championship victory as a pairing at the US Open last month. The Croatian-Brazilian duo will next face the other team to have achieved Grand Slam success this year: Australian Open winners Rajeev Ram and Joe Salisbury.

Juan Sebastian Cabal and Robert Farah needed a final-set tie-break to advance to the quarter-finals in Paris. The top seeds came from a set down to beat Jurgen Melzer and Edouard Roger-Vasselin 4-6, 7-6(3), 7-6(3).

Cabal and Farah will meet Frederik Nielsen and Tim Puetz for a place in the semi-finals. Nielsen and Puetz claimed a 7-5, 5-7, 6-4 win against fifth seeds Ivan Dodig and Filip Polasek on Court 14.

Nicolas Monroe and Tommy Paul saved one match point to defeat Pablo Cuevas and Feliciano Lopez 6-4, 5-7, 7-6(7). The Americans won three straight points from 6/7 down in the final-set tie-break to advance. Monroe and Paul ended the contest with 113 points, compared to Cuevas and Lopez’s 112. The unseeded pair will next meet US Open finalists Wesley Koolhof and Nikola Mektic. The ninth seeds eliminated 2018 champions Pierre-Hugues Herbert and Nicolas Mahut 6-2, 7-6(3).

Sun Oct 4 , 2020
The Portuguese felt that his old side could have no complaints about the decision to send off Anthony Martial going against them in the first half Jose Mourinho suggested that Manchester United were not in a position to complain about their VAR misfortune after Tottenham routed the Red Devils 6-1 […] 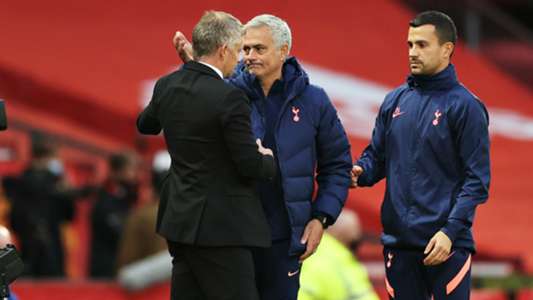