Paul Pogba remains a scapegoat for any Manchester United struggles, says John Cofie, with the Frenchman singled out for criticism when “the whole team was bad”.

A World Cup-winning midfielder at Old Trafford has grown accustomed to seeing every performance he produces dissected in minute detail.

Much is expected of him, as the £89 million ($115m) club-record signing for the Red Devils and one of the most destructive players on the planet when on top of his game.

United have not seen enough of those qualities across a second spell on their books, with Pogba tipped to become a global superstar once he returned from Juventus in 2016.

That has not been the case, with uncomfortable questions of his form and future never far away, but Cofie feels the 27-year-old can be unfairly treated at times.

Pogba is far from being the only high-profile talent to have struggled for consistency at United, but a finger of blame is often pointed in his direction.

Cofie, who once played alongside the Frenchman in a star-studded academy side, told the Manchester Evening News of a man he considers to be a close friend: “He’s a normal family man, football is a job now. He goes to work, he goes home and he’s there for his family.

“As the Paul that I know he’s a nice man, I’ve known him since he walked into the changing room at United. We kept in touch when he went to Juventus.”

Cofie added: “Fans think they know the game more than the players themselves, they’ll say whatever they want to say. I know the kind of player he is.

“People seem to think United were bad today, let’s look at Paul Pogba. There’s 10 other players on the pitch, it’s that simple, the whole team was bad, it’s not just him.”

While Pogba may be the subject of unwanted attention on a regular basis, he is still turning out at the highest level.

The same cannot be said of Cofie, who retired from football earlier this year, and the enigmatic talents of Ravel Morrison.

A star of United’s youth teams from the past is currently with ADO Den Haag in the Netherlands after being released by Sheffield United and has failed to fulfil his potential across a nomadic career.

Morrison is held up by many as the poster boy for wasted talent, with Cofie among those to have billed the former England U21 international as the finest player he ever worked with.

“Any time I get asked who is the best player you’ve played with, it’s always him,” said Cofie.

“Naturally, what he can do with a ball, it’s rare, he could tell you he was going to do something and he’d go and do it right foot or left foot, it didn’t matter.

“His talent was God-given, you couldn’t teach what he had. He’s still in the game but he could be so much higher than he is, I don’t know what’s going wrong, but he’s the best player I’ve laid eyes on.”

Fri Oct 9 , 2020
Goal takes a look at the potential abilities of some of the world’s best wonderkids in Career Mode on the latest version of the football game Career Mode is one of the most popular game modes and also the most challenging in FIFA each year and that has not changed […] 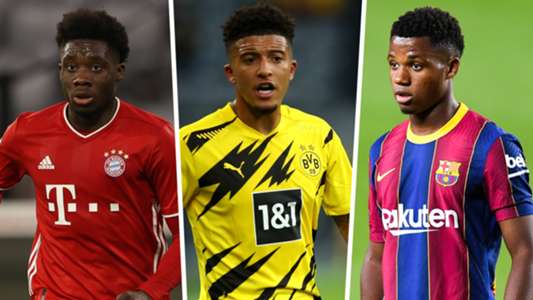