Petra Kvitova was the first to make it to 2020 Roland Garros’ quarter-finals in the second half of the women’s draw. The seventh-seeded Czech defeated China’s Shuai Zhang 6-2, 6-4 in an hour and 25 minutes.

Under the heavy conditions, Kvitova blazed her way past Zhang going up by a double-break to build a 4-0 lead, in what seemed like no time, in the opening set. Zhang finally put herself on the board in the fifth game. Kvitova’s serve encountered problems for the first time in the match in the sixth game as she was taken to multiple deuces but she held her ground firmly to take a 5-1 lead in the set.

Down 5-2 in the set, Zhang took a medical time-out (MTO) and when the match began, Kvitova remained – and played – undistracted by her opponent’s physical struggles and pocketed the set without any problems.

The second set began where the first left off with Kvitova dominating off both flanks and striking winners almost insouciantly. As in the first set, the world no. 11 broke Zhang in quick succession in the second set and even served for the match in the eighth game.

However, the world no. 39 did not let up that easily and she broke Kvitova back to narrow the deficit to 5-3. In the ninth game, Zhang saved a match point before holding her own and throwing the gauntlet to Kvitova to serve out the match for the second time.

Serving for the match the second time around, the former world no. 2 closed the possibility of Zhang making another comeback convincingly, while taking the win.

Kvitova hit 23 winners to Zhang’s nine and had 29 unforced errors to her opponent’s 20.

She finished the match with 70 points to Zhang’s 56. This is the 30-year-old’s only second quarter-final in Paris, coming after almost eight years since her semi-final run in 2012. Bidding for a second semi-final appearance, Kvitova will play Germany’s Laura Siegemund next.

Siegemund became yet another first-time quarter-finalist at 2020 Roland Garros after her 7-5, 6-2 win over Spain’s Paula Badosa. The Spaniard broke Siegemund in the eighth game of the opening set and served out for the lead in the match.

However, not only did the world no. 66 break back she also won the next four games successively to take the set. Siegemund’s streak of games poured into the opening couple of games of the second set as she took a 2-0 lead.

While Badosa managed to win two games in the set, Siegemund proved just too good for her in the end. Photo Credit: Billie Jean King Cup Twitter

Transfer Market: What are the main tasks for each LaLiga Santander team on deadline day?

Mon Oct 5 , 2020
Transfer Market An analysis of all 20 clubs The transfer market will be nothing but a memory in a matter of hours, but LaLiga Santander sides are still working to reinforce their squads. Players are still expected to come and go on this deadline day, but who will they be? How […] 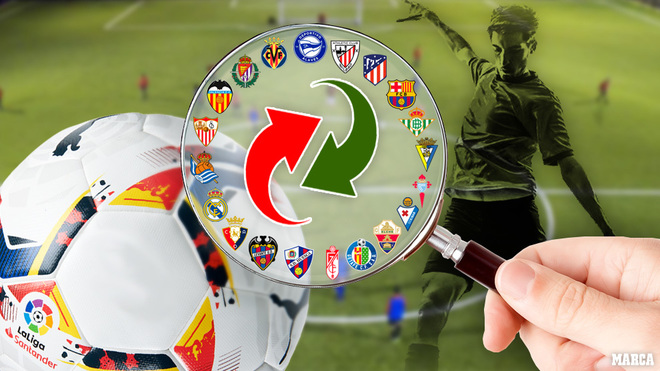