The Philadelphia 76ers are trading guard Zhaire Smith to the Detroit Pistons in exchange for center Tony Bradley, according to ESPN’s Adrian Wojnarowski.

Smith’s had a difficult first two seasons in NBA with Sixers, playing only 13 games because of injury/illness. He was the 16th pick in 2018 Draft out of Texas Tech. Like Josh Jackson, another play on a young player for Pistons. Bradley’s a 7-footer to play behind Embiid/Howard. https://t.co/8l8qA2zCu4

Smith spent two seasons with the Sixers after joining the team as the 16th pick of the 2018 NBA Draft (via the Phoenix Suns) but his career has so far been hampered by injury and illness. Bradley, meanwhile, was recently acquired from the Utah Jazz via trade. The 22-year-old big man was drafted by the Los Angeles Lakers in 2017, with his rights later traded to Utah.

Sun Nov 22 , 2020
Napoli 1-3 Milan: Ibrahimovic double lifts Rossoneri back to Serie A summit Milan picked up a rare victory over Napoli in Serie A thanks to Zlatan Ibrahimovic’s double at Stadio San Paolo on Sunday. Zlatan Ibrahimovic maintained his scoring run with a goal in each half to help Milan earn […] 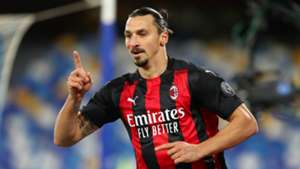