World No. 3 Dominic Thiem admitted he felt “incredibly happy” after edging out 17-time Grand Slam champion Novak Djokovic in a tight Nitto ATP Finals clash. Thiem, who recently claimed his maiden Grand Slam title at the US Open, edged out world No.

2 Djokovic 7-5 6-7 (10) 7-6 (5) to make the final at the Nitto ATP Finals. In the second-set tie-break, Thiem blew four match points — on his first match point he served a double fault. Thiem paid the price for blowing four match points as Djokovic realized his fourth set point to steal the second set.

Djokovic was on the verge of claiming a huge comeback win but Thiem recovered from a 4-0 third-set deficit to make the final. “It was for sure a mental battle. I got so tight in the second-set tie-break because to play these legends is always going to be something special,” Thiem said after the match, per the Nitto ATP Finals website.

“Playing for the final here at the Nitto ATP Finals is also something very special and I thought that after my first big title in New York, maybe I’m going to be a little bit more calm, but that was a mistake, I guess.

I was just as tight and as nervous as before. It was so much on the edge that match, like every single match here. The best players in the world are facing off. So I’m just incredibly happy to be through and just [will] try to get ready for tomorrow.”

Thiem determined to win the title

Last year, top-ranked Austrian Thiem ended runner-up to Stefanos Tsitsipas in the final at The O2 Arena. This time, Thiem will face in the final the winner of the match between Rafael Nadal and Daniil Medvedev.

“After I fought so hard to get to the final in the group stage and as well now today. Of course I will try everything to win the title,” Thiem said. “Anyway now we’re going to have again a first-time winner, no matter what happens in the second semi-final.

Both of them will fight 100 per cent today and as well tomorrow, but I’m looking forward a lot. It’s going to be the last match of a very special, of a very tough year for everybody, I guess. We’re going to try to put [on] a great show for everybody that is watching.”

Sun Nov 22 , 2020
Solskjaer sometimes ‘three points are more important than the performance’ after the win over West Brom. Source of the article 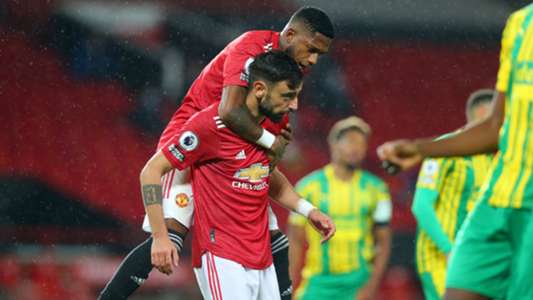