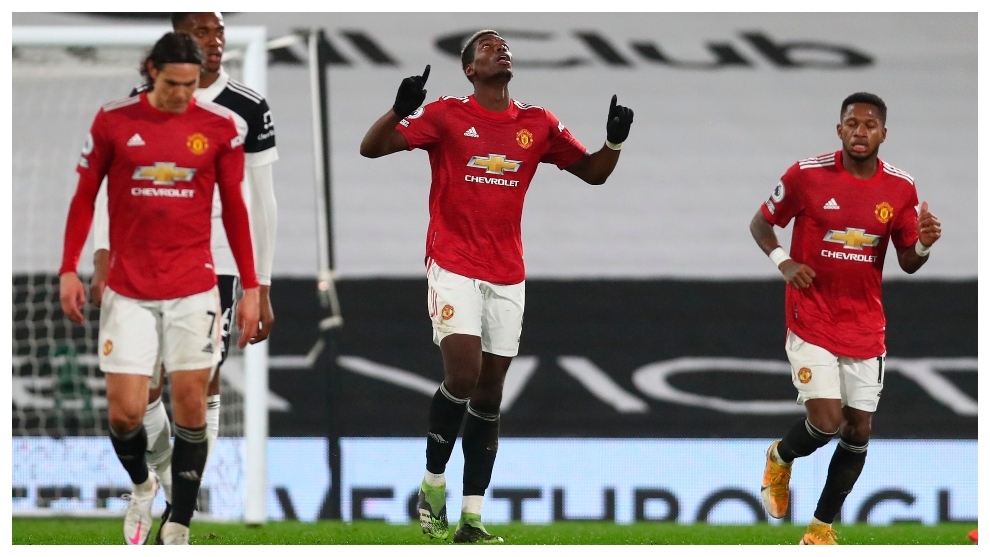 Paul Pogba was decisive once more for Manchester United as he scored the winner in a 2-1 victory over Fulham on Wednesday night.

His blistering form in recent weeks has helped the Red Devils surge towards the top of the Premier League and it continued with his fine left-footed strike at Craven Cottage.

The Frenchman’s sharp upturn in form has reopened the debate over whether the talented Frenchman is truly a top player or whether he is overrated.

What cannot be debated, however, are the facts. In four Premier League games in 2021, he has found the back of the net as many times as he did in the league throughout the whole of 2020 (twice).

He is scoring vital goals of the highest quality, as he did in a 3-1 victory over West Ham United at the start of December, as well as the winning goals in back-to-back away victories against Burnley and Fulham.

Since his return to Old Trafford in 2016, when he came back after spending four years at Juventus, he has registered the joint-most strikes from outside the area (six), along with Marcus Rashford.

He is more committed than ever. Against Burnley, he had the most touches (104), recovered the ball the most times (five) and created the most clear-cut chances (two). He repeated this against Fulham, with the most ball recoveries (nine) and had 99 touches.

“Paul can play as a No.6, he can play that role and still score goals,” said BT sport commentator Robbie Savage.

“He is magnificent, he is a star.”

Pogba is in the best form of his Manchester United career and the Red Devils will need him as they look to win their first Premier League title since the one the claimed back in 2013.

He won four league titles in Italy and is now targeting a Premier League medal.

Thu Jan 21 , 2021
Former Chelsea goalkeeper Mark Schwarzer feels “surprised” that the Blues are allowing Fikayo Tomori to move to AC Milan. Several reports, including from Sky Sports, suggest that the centre-back is on the verge of signing a loan deal with the Serie A side. The 23-year-old has only featured once in […]