Jose Mourinho labelled himself ‘the Special One’ back during his first spell at Chelsea but more than 15 years after moving to England for the first time he has decided to change his nickname to ‘the Experienced One’.

After spells at Inter, Real Madrid and Manchester United, Mourinho was appointed as Tottenham Hotspur’s coach back in 2019, replacing Mauricio Pochettino.

“The ‘Experienced One’, I am very experienced,” Mourinho told Tencent Sports when asked how he would define himself these days. “Basically everything that happens to me in football now is deja vu, is something that has happened to me before.

“There are jobs that you need a special fitness condition like a football player. A 40-year-old does not have the same potential like a 20-or 30-year old, unless you’re Zlatan Ibrahimovic.

“Coaching you just need your brain, an accumulation of experiences and knowledge can only make you better.”

A 40-year-old does not have the same potential like a 20-or 30-year old, unless you’re Zlatan Ibrahimovic”

Mourinho re-joined forces with Gareth Bale this summer as the Wales international struggled to find playing time under Zinedine Zidane at Real Madrid last season. The Portuguese coach stressed that the forward should find consistency through hard work in training.

“It’s time for him not to feel any pressure, not to be compared to how he was a few years ago,” Mourinho added. “It is a time of stability and peace, to work hard and take it step by step.”

Mourinho went on to praise the partnership that has been formed between his two main forwards, Harry Kane and Son Heung-Min, who have both been lethal upfront this season.

“I think it started with the relationship that they have,” Mourinho said. “They are good friends, they like to play on each other. They just want to win and to perform, there is no space for jealousy.”

“Sonny is a very fast player, likes to attack spaces, and Harry is amazing with the ball and when he drops back, he is a player with high quality.”

My Time: Killian Hayes is Ready to Make Waves from France to Detroit 🌊

Thu Nov 19 , 2020
Killian Hayes was in Germany and felt a little, well, scared. He had just signed a pro deal to play for Ratiopharm Ulm, and had to move from his small town in France, Cholet, to a new country. He was alone. Hayes didn’t have any family in Germany, didn’t speak […] 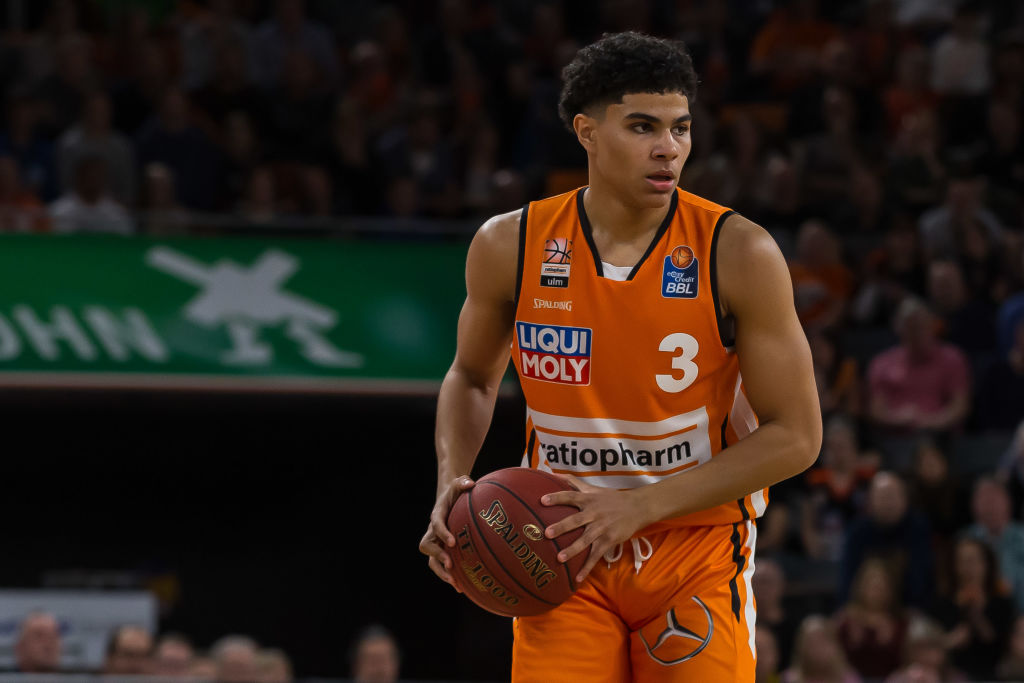