The Reds have only scored one goal in their previous three Premier League matches. Indeed, such a lack of attacking action has gone hand-in-hand with only two wins from their last six outings.

A struggle to find their usual finishing touch has hampered attackers Sadio Mane, Roberto Firmino and Mohamed Salah. However, teams such as Southampton defending deep have partly caused that problem.

As such, Merson told Sky Sports News that Thiago and Shaqiri will be crucial in finding passes in small pockets of space.

What’s more, their involvement could be key as the Reds look for a response to their drop-off in Sunday’s mouthwatering clash with Manchester United at Anfield.

“I feel teams are approaching Liverpool now, not giving them any space, and saying: ‘You’ll have to break us down.’ Liverpool are struggling without that guile in midfield,” Merson said. “They’ll need Thiago to play every week. He’s the one who sees that pass.

“I think Jurgen Klopp knows this now, because he’s even bringing Xherdan Shaqiri in, someone who you’d have previously thought might not play another minute for Liverpool. But he can put the ball through the eye of a needle.

“Without that, it takes the Sadio Mane, Mo Salah, Roberto Firmino X-factor out of the game. Liverpool are still the best in the world without the ball, but when there’s no space there, it gets taken away.”

Thiago, a September signing from Bayern Munich, showed his class in early outings against Chelsea and Everton. However, he picked up a knee injury against the Toffees in October which ruled him out until late December.

Shaqiri, meanwhile, picked up a calf problem in mid-November and also made his return in the 0-0 draw with Newcastle.

Merson added that Thiago especially will prove crucial if Liverpool are to restore their attacking verve. 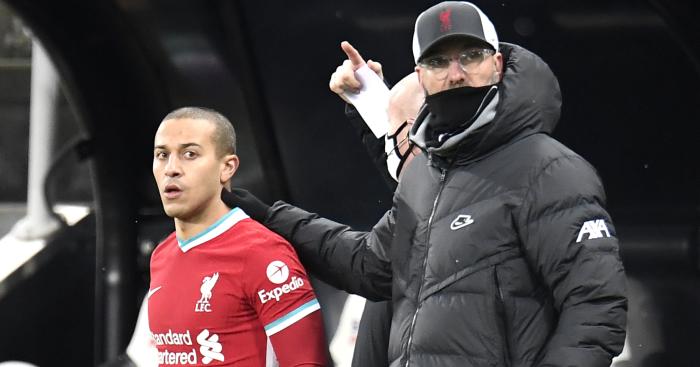 “Thiago must play every week. He can see that pass, and we’ve seen evidence of that in a couple of games. It might not always come off, but he sees it,” the pundit said.

“What team in the world aren’t going to miss Jordan Henderson and Fabinho in midfield? It’s hard when you’re taking those players out of the midfield.

“Liverpool’s midfield have always made everything happen – they are the unsung heroes. Without them, I don’t think anything happens at Liverpool.

Liverpool were replaced by United at the top of the Premier League on Tuesday. Defeat on Sunday would see them slip six points behind the Red Devils.

Wed Jan 13 , 2021
Chelsea have held talks with two of their candidates to replace Frank Lampard as manager, one journalist claims. Lampard is coming under pressure after a run of bad results over the past few weeks. Chelsea have won just one of their last six Premier League games. Most recently, they got […] 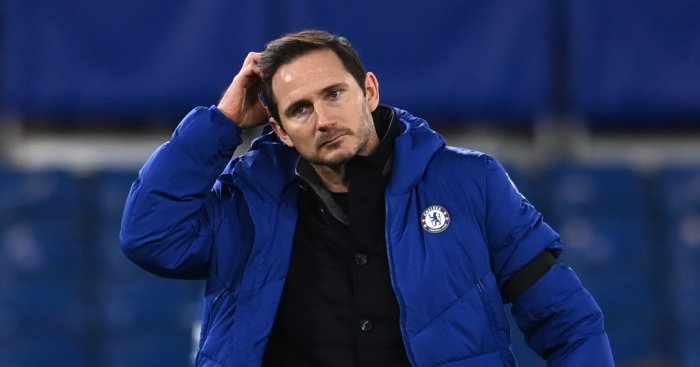