The 12-time Roland Garros champion Rafael Nadal is through to his 14th Roland Garros quarter-final from 16 trips to Paris. The winner from the previous three seasons is yet to lose a set at his beloved Major, beating Egor Gerasimov, Mackenzie McDonald, Stefano Travaglia and Sebastian Korda in straight sets, spending seven hours and 15 minutes on the court.

Playing only one tournament ahead of Paris following the season restart, Nadal’s fans didn’t know what to expect from him, dealing with tough weather conditions in Paris and playing with the new Wilson balls. Despite all that, Rafa is still the player to beat, defeating all opponents in style and never dropping more than four games in 12 sets.

Having to adapt to deliver his best tennis, Nadal has been aggressive in all four matches, doing a lot of damage with the initial shot and going for strokes instead of embracing endless baseline rallies. Praising the Spaniard, Boris Becker said Nadal had to change his approach to bring the most efficient tennis in these conditions, going for riskier shots and finishing the points in the way he wants.

In the fourth round, Nadal stormed over the young American qualifier Sebastian Korda, saving five out of six break chances and dropping four games to advance into the next round. The Spaniard plays against another youngster, Jannik Sinner, the first Roland Garros quarter-finalist on debut since Nadal himself in 2005!

If they hit the Court Philippe-Chatrier under a closed roof, Rafa will have to pull out his A-game to overpower a big hitter, preparing for those tough matches and working on his game after the quarter-final loss in Rome.

Rafael Nadal is through to the quarter-final in Paris without losing a set.

“In an example of how Rafael Nadal is always prepared to adjust his game, it looks like he has been flattening out his strokes in the early rounds.

Given the slow balls and conditions, his usual heavy spin is not entirely convincing, so he is hitting through the court more. He complained about the balls before the tournament, yet he and the other two leading contenders have just gone about their business once the matches got underway.

All of them came in with issues: Nadal lost in Rome and was short of time on the court, Novak Djokovic was weighed down by what happened in New York, and Thiem had to rest a bit after his life-changing win at Flushing Meadows.

They are used to having everything perfect for them off the court, but they seem to have ignored irritations with the bubble restrictions and the weather that have stressed other players. It would not be a surprise if we see the top three seeds and Stefanos Tsitsipas in the semi-final,” Boris Becker said.

Mon Oct 5 , 2020
The Blues icon feels an England international winger can take his game to greater heights, but admits Jorginho and Kepa Arrizabalaga may be edged out Callum Hudson-Odoi boasts the kind of “huge potential” that Chelsea should be looking to keep on their books, says Gianfranco Zola, with the Blues urged […] 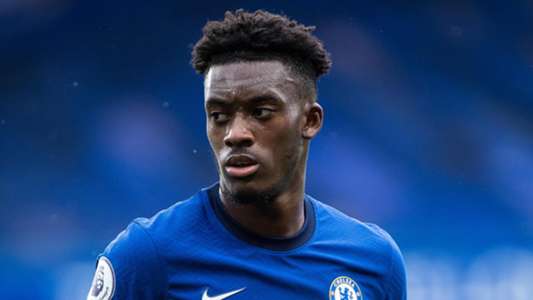