The six-time Major champion Boris Becker believes Rafael Nadal is still the player to beat at Roland Garros. The German praised the Spaniard’s records in Paris, saying he should have the edge over Diego Schwartzman and his former pupil Novak Djokovic, the favorite against Stefanos Tsitsipas thanks to his experience.

Becker is impressed by what Djokovic has produced so far in 2020. However, he believes Nadal should have the advantage if they both reach the title match, especially after that injury that Djokovic carried against Pablo Carreno Busta.

Rafa and Novak have competed on a high level in the opening five encounters in Paris, playing in their 14th quarter-final and moving into the last four, Nadal for the 13th time and Novak tenth. The defending champion Nadal took down Egor Gerasimov, Mackenzie McDonald, Stefano Travaglia and Sebastian Korda to reach the quarters, spending just over seven hours on the court and dropping 23 games in 12 sets, ten alone in the first round against the Belarusian.

The Spaniard had to work harder against the young gun Jannik Sinner in the quarters, scoring a 7-6, 6-4, 6-1 triumph in two hours and 49 minutes.

The Italian served for the opening set and stayed in touch until 4-4 in the second, losing ground in the ninth game and fading from the court ahead of set number three where Nadal had the upper hand to advance into the semis.

Seeking the second Roland Garros crown and the second Major of the season after Melbourne, Novak Djokovic ousted Mikael Ymer, Ricardas Berankis and Daniel Elahi Galan in dominant style. Novak never lost more than three games in a set in those encounters, having to work harder against Karen Khachanov to reach the quarters.

Fighting for the semis’ place, Novak lost a set to Pablo Carreno Busta, struggling with an injury before finding his strokes to seal the deal in four sets and remain on the title course. “For me, Rafael Nadal is still the top favorite.

But that was already clear before the tournament; he was always the favorite. He won the event 12 times, played 100 Roland Garros matches and won 98 of those. Those are unimaginable stats! The tournament has shown that he is in dazzling shape, and the quarter-final against Jannik Sinner convinced me.

It’s fascinating how Novak Djokovic has contested this year. He won all matches except that disqualification in New York. The question is, how well is he recovering from the exhausting quarter-final against Carreno Busta? The shoulder, the back, the elbow hurt.

Nevertheless, I believe that he can use his experience in a Major semi-final against Stefanos Tsitsipas and reach the title match,” Boris Becker said.

Fri Oct 9 , 2020
All you need to know about the backroom staff of newly appointed East Bengal manager Robbie Fowler… East Bengal confirmed the appointment of Liverpool legend Robbie Fowler as their head coach on a two-year deal ahead of the upcoming 2020-21 Indian Super League (ISL) season. Fowler will be accompanied by […] 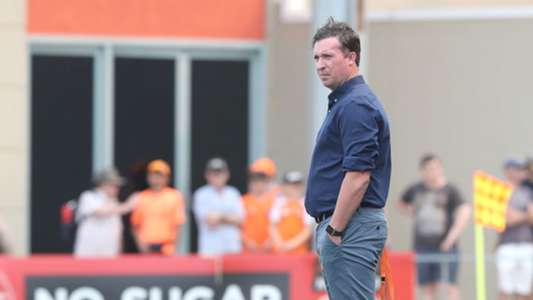