Ranieri has high hopes for James Rodriguez and Ancelotti 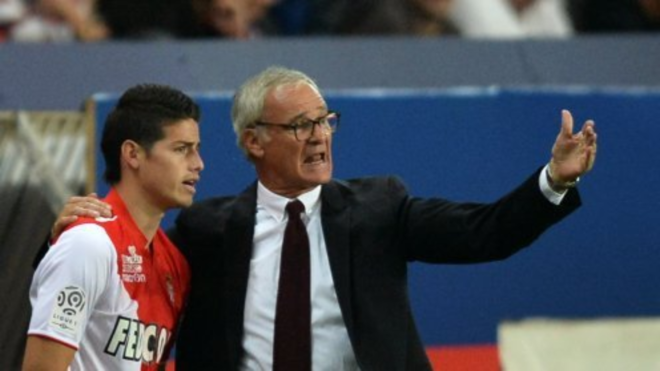 The current Sampdoria boss, who has had time in English football as well, winning a historic Premier League title with Leicester City, is a keen fan of the Colombian.

“James has thrown himself into this new adventure at Everton with so much enthusiasm and is really expressing himself on the pitch,” Ranieri said to Everton’s official website.

“An intelligent, top player can quickly find solutions to adapt to a brand of football that is different from what he’s used to.

“He’s an international footballer who’s represented some of the biggest clubs in Europe, so he is excellent at adapting.

“James has incredible technical ability, which you can see straightaway when he is on the ball.

“When he plays between the lines, he adds an element of unpredictability to the move and can play the pass the defender least expects.

“He has a great shot and fantastic timing breaking into the box.

“His freekicks are another dangerous weapon. It was no coincidence he reached double figures in the scoring charts at Monaco.

“He has a strong connection with Carlo, who got the best out of him at Real Madrid and Bayern Munich, and it is going brilliantly for them this season.

“It is hard to make predictions, but this duo has achieved incredible things in the past and there’s no reason to think they can’t do so again with the Toffees.”

Ranieri previously worked with the former Real Madrid midfielder in Ligue 1 with Monaco and he has no doubts about his quality.

“The James I met was little more than a young boy, but we saw he had the attributes of a wonderful young player,” Ranieri added.

“Our eyes didn’t deceive us because he played almost every match, we finished second as a newly promoted side and he was one of the team’s best players.

“He already had that technical ability and had done very well at Porto.

“But, when he was with us at Monaco, his personality grew and his confidence was so high that he was able to lead Colombia so brilliantly at the World Cup.

“There were no doubts about him being a top player and that’s why Real Madrid wanted to sign him at all costs.

“He’s a very committed player who leaves nothing to chance [when it comes to his physical wellbeing].”