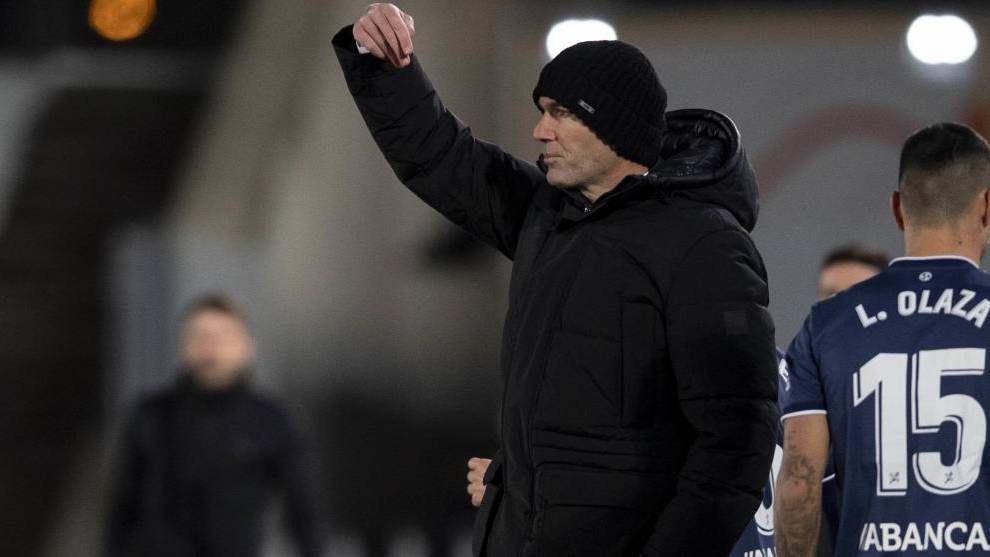 Zinedine Zidane has expressed his delight at the form shown by Marco Asensio of late. The Real Madrid forward has started each of the last three games and was directly involved in both goals against Celta Vigo on Saturday.

After setting up Lucas Vazquez for Los Blancos’ first goal, Asensio got his own name on the scoresheet at the start of the second half in the 2-0 victory.

“I’m happy for Asensio,” Zidane said at full time. “He’s had a big injury and he’s a lot better now and improving every time.

“I’m happy for him and it’s like that with everyone else too. We played a very serious game. I’m happy for everyone.”

The Real Madrid boss also had positive things to say about Saturdays’ other goalscorer, Lucas Vazquez.

“It’s not the fact that I like him so much, it’s that he’s doing very well,” Zidane added. “He’s very reliable, very committed and I’m happy with what he’s doing.

Another very committed player on the books at Real Madrid is Nacho, who stepped in for Sergio Ramos against Celta.

“It’s not just now, he’s very professional all the time and he’s always important when he plays,” Zidane said on the defender.

“What he’s done doesn’t surprise me. I’m happy for him and for the team because these are three very important points.”

Dani Carvajal was substituted for the final few minutes at Valdebebas.

“Carva had a niggle,” Zidane explained. “I think it’s a minor thing and it was best not to take risks.”

Sat Jan 2 , 2021
Real Madrid 2-0 Celta Zidane confirmed slight injury Yellow for Carvajal Real Madrid will be without Dani Carvajal for their next match in LaLiga Santander after the defender picked up his fifth yellow card of the season against Celta Vigo. The right-back was booked for leaving the field too slowly when […]