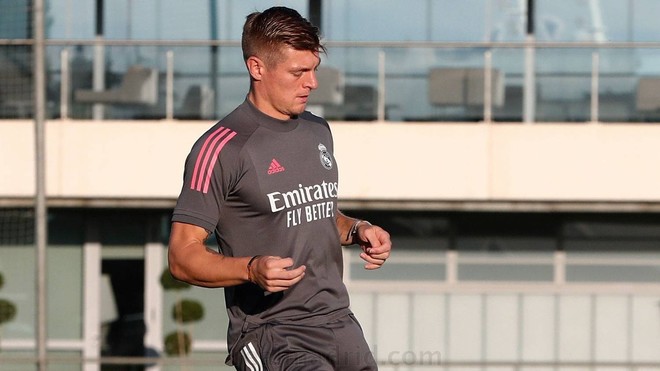 Zinedine Zidane will lose two more players on Wednesday as both Thibaut Courtois and Toni Kroos are set to leave from working under his orders at Real Madrid’s Valdebebas complex.

Courtois and Kroos – who has almost completely recovered from his injury – will travel to join up with their respective international sides, Belgium and Germany.

The goalkeeper presented himself to Real Madrid’s physios before departing to join his Red Devils teammates ahead of their games with England and Iceland in the UEFA Nations League.

Belgium’s matches will take place on October 11 and October 14.

Kroos, meanwhile, is also heading to meet his international teammates despite having missed out on club action since falling injured against Real Betis.

The German hasn’t featured since then for Real Madrid, but he did return to working on the pitch on Tuesday, showing that his recovery process is almost completed.

Los Blancos’ medical team are confident that Kroos joining up with the German squad will not only not be harmful, but in fact it will benefit his progress.

There is even the belief that the midfielder will be available to play Germany’s game against Switzerland on October 13.

He won’t, though, be able to take on Ukraine on October 10.

Normal service has been continuing at Valdebebas for those not selected to represent their countries.

Eden Hazard, Dani Carvajal, Alvaro Odriozola and Mariano Diaz all continued their own work inside the club’s facilities.

Zidane will no doubt be hoping to use this international break as an opportunity to work more closely with those players who have been away from the first team through injury of late.

Hazard is the most notable of that bunch and the former Chelsea forward is yet to make an appearance for Real Madrid this season.

Thiem: 'I Was Over The Limit Today'

Tue Oct 6 , 2020
Dominic Thiem admitted after his five-set fourth-round victory at Roland Garros against Hugo Gaston that he was, “not running on a full tank anymore”. For more than five hours over five sets on Wednesday he battled hard against Diego Schwartzman, but the recent US Open champion simply didn’t have anything […]