Real Madrid One of Uruguay’s best against Chile 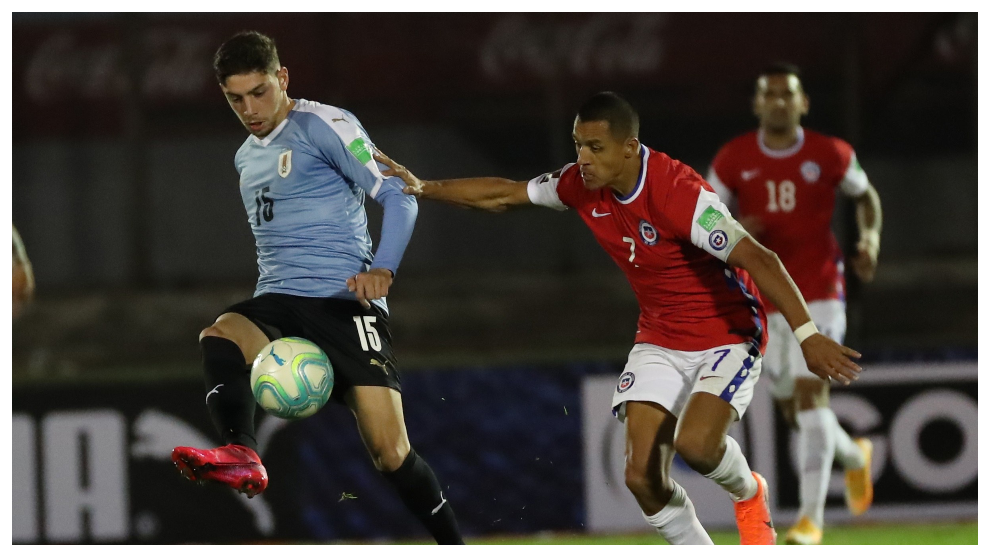 Despite having gradually established himself in both Real Madrid’s and Uruguay’s starting line-ups, Fede Valverde believes that he still has a lot of room for improvement. The ‘Los Blancos’ midfielder was one of Uruguay’s top performers in their 2-1 win over Chile on Thursday at the Estadio Centenario in Montevideo.

“I still have a lot to improve, to learn, to grow,” he said at a press conference after the match. If we compare previous years, I feel much better, more trained on a footballing and personal level. But I am very young and I have a lot to learn.”

Valverde went on to admit that training under his national team coach Oscar Tabarez has helped him develop as a player. As he noted, he intends to “take advice from those who have more experience” and try to “reflect in each training and match” what he is learning as a footballer.

Valverde also confessed that he is not in touch with his Real Madrid teammates during the international break since he wants to grab the opportunity to interact with his compatriots whom he does not see as regularly.

“It’s nice, we have a great time,” he said. “We enjoy our training camps. We are trying to find group goals.”

Regarding the match against Chile, Valverde acknowledged that La Roja dominated the game in the second half but stressed that Uruguay were better in first 45 minutes: “[We were] very good, having the ball and reaching the opposition’s box,” he continued. [We only need to] improve in finishing.The important thing is that we won, which is what one looks for, works for and trains. We are going out to seek victory. Starting by winning a qualifying round gives you motivation and the desire to work harder to continue on this path.”

Fri Oct 9 , 2020
Date published: Friday 9th October 2020 9:57 A leading fans’ group has urged Sky Sports and BT Sport to reconsider their pricing for pay-per-view Premier League matches in October. The league announced on Friday that all matches not already earmarked for live coverage would be available on one or other […]