Real Madrid’s winning run came to an end on Wednesday as they were held to a 1-1 draw at Elche, but they really pushed for a winner in the final moments and Luka Modric sent a lovely ball Karim Benzema’s way in the 89th minute.

The Frenchman, though, completely missed the ball as he tried to head it, meaning it went out for a goal kick.

It would have been an incredibly tough save to make for Edgar Badia had Benzema been able to turn it on target, but he couldn’t.

The striker didn’t manage a single shot on or off target in this game, only having one blocked shot as he worked hard elsewhere in attack to try to set up his teammates.

In stoppage time of the game, Elche even had a chance to win it with a Gonzalo Verdu freekick that was well saved by Thibaut Courtois.

Elche vs Real Madrid - LaLiga: Zidane: I'm satisfied with Marcelo's performance and with all my players

Thu Dec 31 , 2020
Elche vs Real Madrid – LaLiga Was asked about the Brazilian left-back Zinedine Zidane MARCA Despite not being happy with Real Madrid’s 1-1 draw against Elche, Zinedine Zidane has expressed his satisfaction with his players’ effort and that of Marcelo in particular. The Brazilian left-back started in Wednesday’s game instead of […] 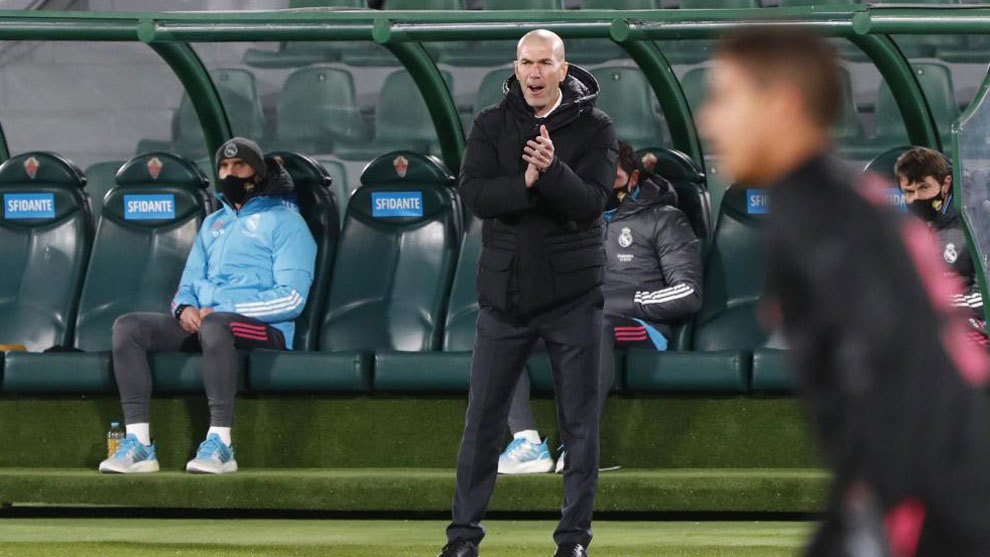