Real Madrid – La Liga: Marcelo rages at Vinicius before the Alcoyano equaliser: Don’t mess this up! 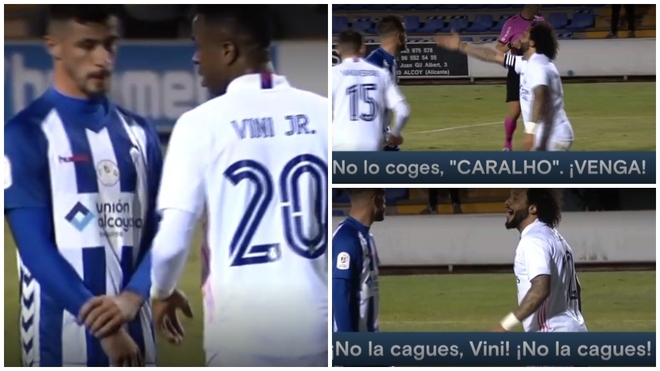 Marcelo shouting at Vinicius before the 1-1

Footage has emerged from the moments before Alcoyano’s equaliser against Real Madrid in their Wednesday night Copa del Rey meeting, with Marcelo seen screaming instructions at Vinicius just before the goal.

Marcelo was shouting at Vinicius to come back at the first corner, before urging his countryman to mark Jose Solbes when the second corner was about to come in. 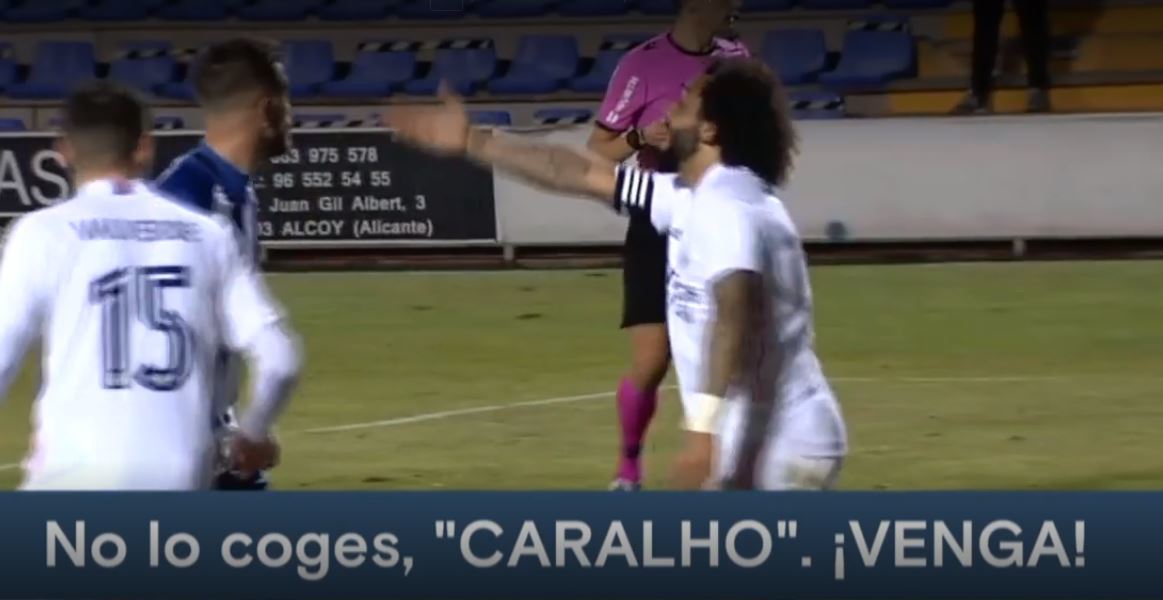 “Don’t mess this up!” the left-back was heard shouting in the footage captured by Deportes Cuatro.

But, Vinicius lost Solbes and the Alcoyano man scored to force the tie to extra time, where the Segunda B side would eventually prevail 2-1.

Vinicius tried to explain to Marcelo that he should have been outside of the penalty area and ready for a potential counter attack. The end result, though, is that Alcoyano stayed alive and are now through to the next round of the Copa del Rey.