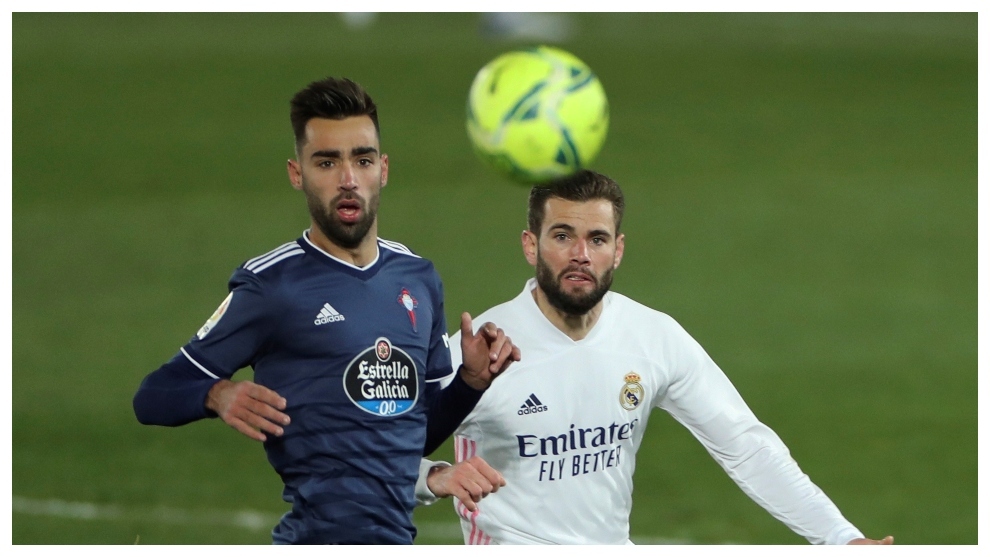 Zinedine Zidane has found the answers to his defensive problems in his squad. At no cost, Lucas Vazquez and Nacho Fernandez have stepped in when needed and impressed.

Lucas has been an undisputed starter for weeks, managing to play 16 games in a row and now not even Eden Hazard’s return looks threatening for the Galician, who has been key to Los Blancos’ recent success.

Nacho’s case is different. He got back on the pitch against Celta Vigo after six games away from the action, but he was one of the best players on his return.

Zidane knows that he can trust Nacho. It had looked like his time at the club was coming to an end, but Sergio Ramos’ injury whilst away on Spain duty reopened the door to the XI. When given the chance, he showed that he still has something to offer.

Ramos returned and Nacho disappeared again, but he didn’t let it get him down.

With his contract expiring in 2022 and David Alaba likely to arrive, Nacho remains adamant that he’s not leaving the club. Based on his performance against Celta, there’s no reason to believe that he isn’t up to the task.

Nacho knows Real Madrid well, and his time at Valdebebas might not be coming to an end after all.

Mon Jan 4 , 2021
Premier League Atletico’s Champions League opponents The blue skies over west London have darkened over the last month. At the beginning of December, Chelsea looked like they could battle with Liverpool and Tottenham Hotspur for the Premier League title. A 1-0 loss at Everton on December 12 ended their 17-game unbeaten […]