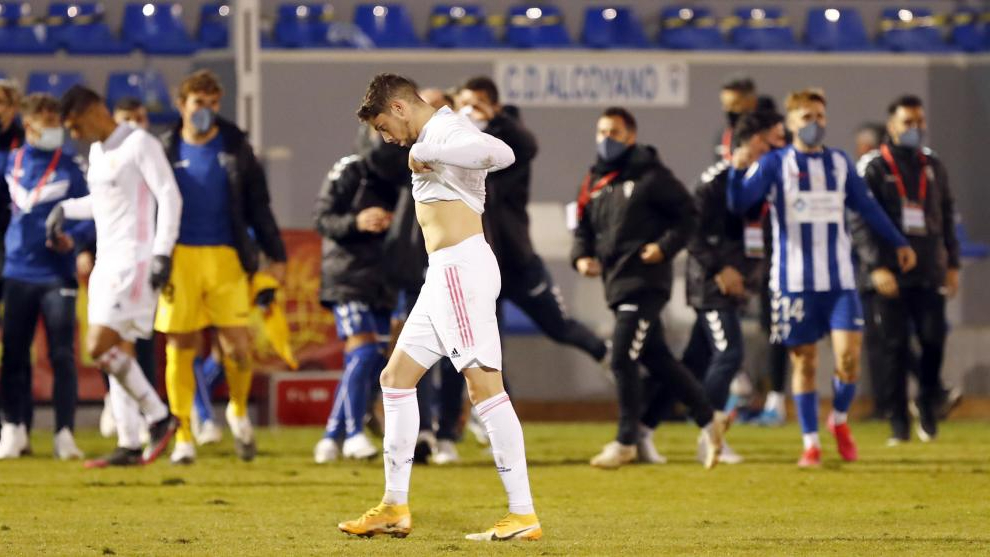 Real Madrid’s loss to Alcoyano on Wednesday only added to the problems they’ve already had this season. Having struggled to get out of their Champions League group and currently sitting four points off top in LaLiga Santander, despite having played two games more than Atletico Madrid, Los Blancos are facing their most disastrous season in a decade.

It’s already certain that this will be another year without a treble for Zinedine Zidane, and they’re currently on track for their first season without a title since 2009/10.

They’re not out of the title race yet and they have a Champions League last 16 date with Atalanta, but Zidane’s side haven’t been able to get close to their best form at all this term.

Despite ending the night with Eden Hazard, Karim Benzema, Toni Kroos, Casemiro and other big names on the pitch, Wednesday was Real Madrid’s first loss to Alcoyano since 1951, and the Segunda B side scored the winning goal after going down to 10 men.