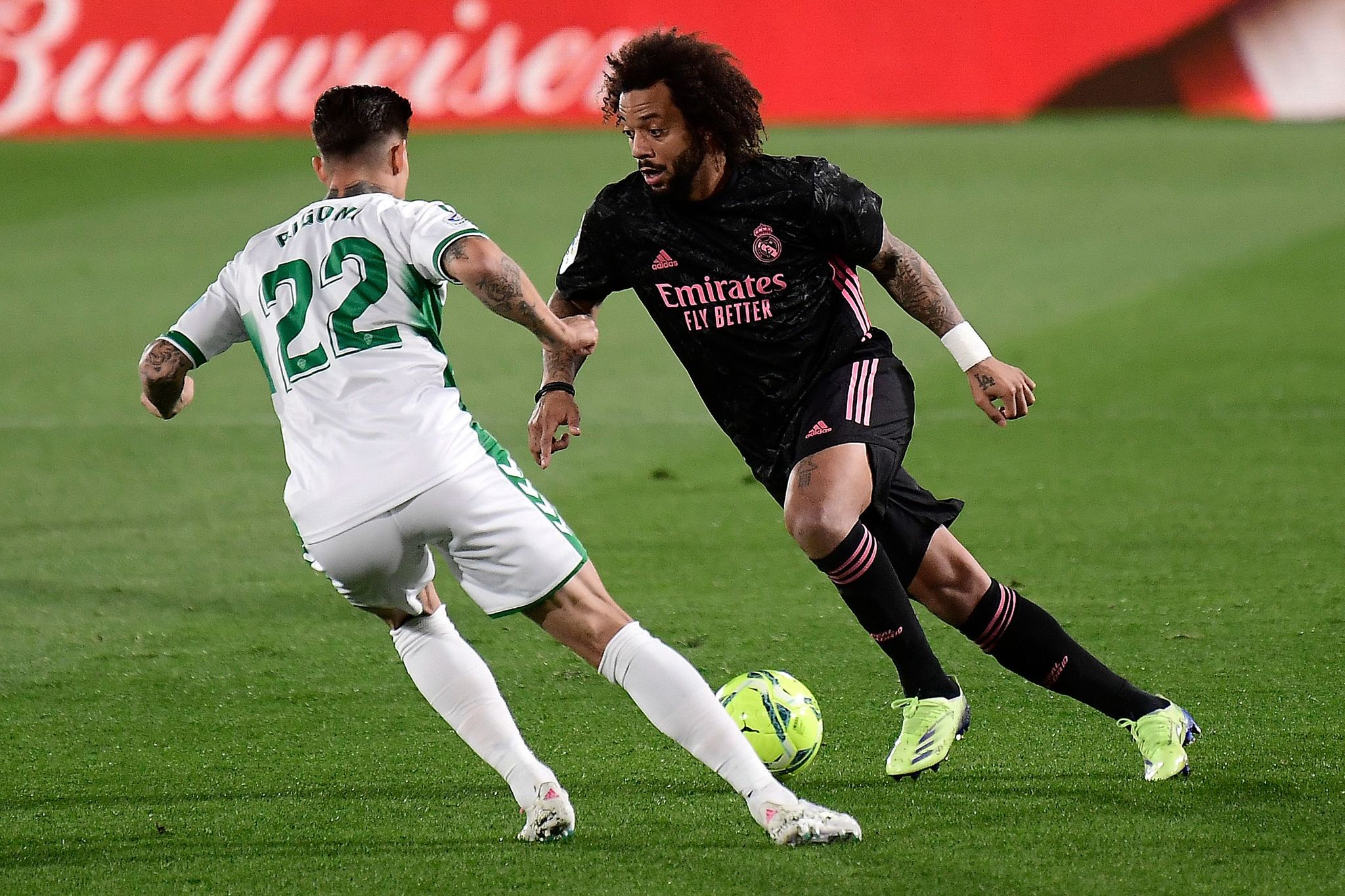 It is advisable never to gift opportunities to the opposition, especially when you’re leading by just one goal. Dani Carvajal’s absurd shirt pull on Antonio Barragan in front of the referee is just like throwing points away. Five minutes after the penalty that brought a very capable Elche side level, there was a quite similar but not so blatant grab in the opposite area, this time by Barragan himself on Casemiro, but neither Figueroa Vazquez nor VAR applied the same criteria.

Until that Carvajal blunder in the 50th minute, Madrid had the game under control thanks to a Luka Modric header. Los Blancos moved the ball wisely against a very organised Elche and they only suffered because of Marcelo. The Brazilian, unseen in the six-game winning streak, returned to maintain his unwanted statistic: with him in the line-up, Madrid find it hard to win. Is it a coincidence or a symptom?

He started the game well, and struck the crossbar before Modric headed in on the rebound, but the left-back is a blanket that fails to cover the feet of Zinedine Zidane, as he fell victim to fatigue in the latter stages which proved telling. The impression persists that Marcelo no longer gives much to the team, and vice versa.

In any case, Carvajal’s error must be pointed out before any accusations towards Marcelo, but above all, Madrid’s drop in intensity after the break. It is clear that when they drop their guard, it is almost like playing with fire. On Wednesday, that’s exactly what they did, and they got burned.

Thu Dec 31 , 2020
FC Barcelona – La Liga Eventful 2020 for the Argentine Its been a tortuous 2020 for Leo Messi at Barcelona. Three coaches, an historic UEFA Champions League humiliation, that Burofax, and finally his desire to leave the club. If the coronavirus has been the hot news topic of the year, then […]