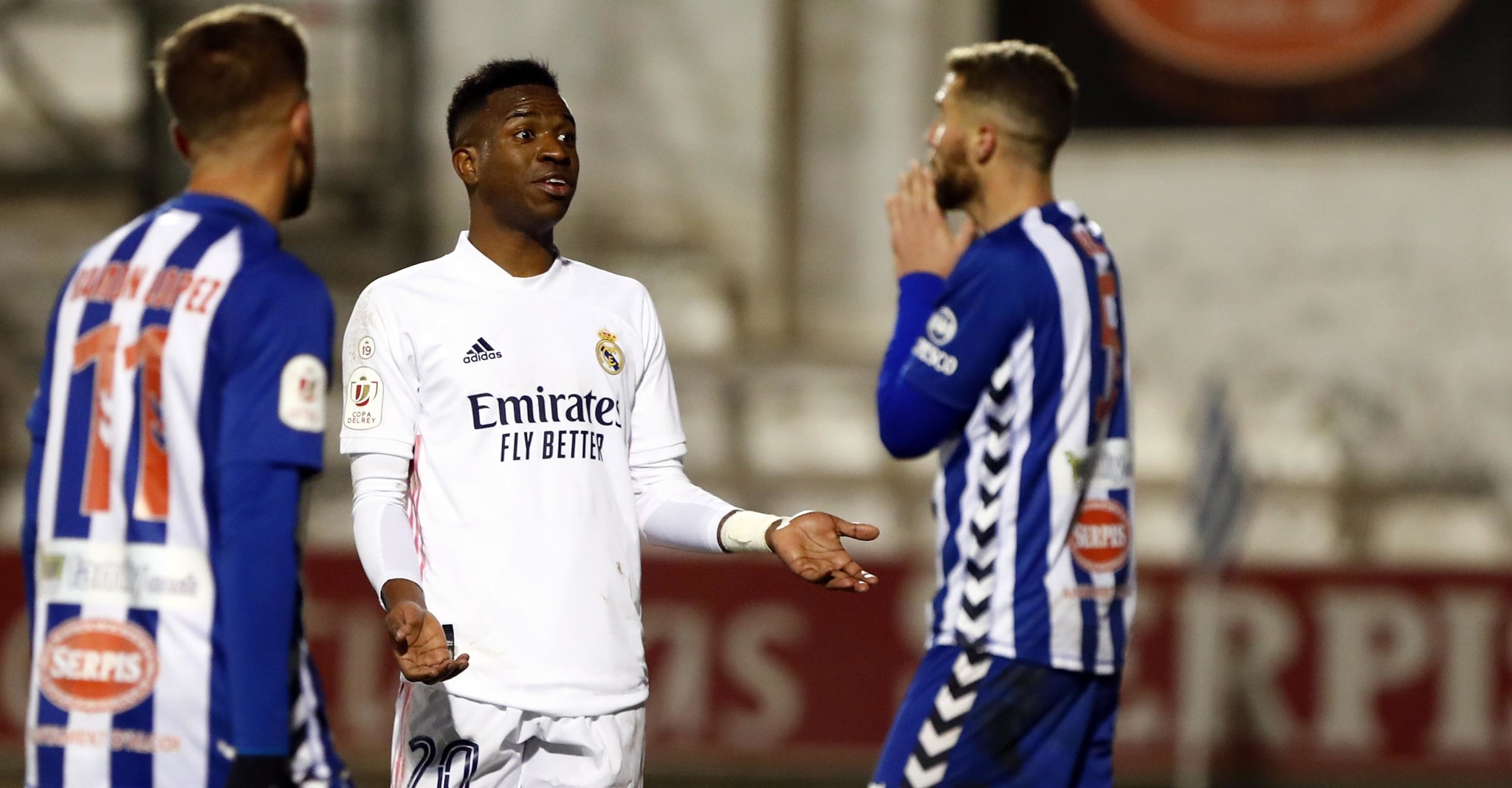 Real Madrid winger Vinicius Junior has a strike against his name in Zinedine Zidane’s book after his costly errors in the Copa del Rey defeat to Alcoyano.

The Brazilian missed a great chance to settle the tie and then was guilty of slack marking for the goal that forced extra time, which will have done him no favours on his return to the starting line-up.

In the 78th minute he chose to go it alone instead of squaring to Karim Benzema, but his gamble didn’t pay off, for himself or Los Blancos’ future in the competition.

Two minutes later, he allowed Jose Solbes an easy finish at the back post from a corner, despite Marcelo’s warnings to mark up.

Vinicius hastily chose to prioritise getting out on the counter attack, even after Marcelo told him “don’t mess it up!” after his marking at the corner immediately prior.

As soon as the goal went in, the left back sought out his compatriot with his gaze, seeking an explanation, just as Zidane did afterwards.

Vinicius, who has fallen down the pecking order in recent weeks, partly thanks to Eden Hazard’s return, had a chance on Wednesday night to stake a claim for more regular action, but his double error may have done the exact opposite.