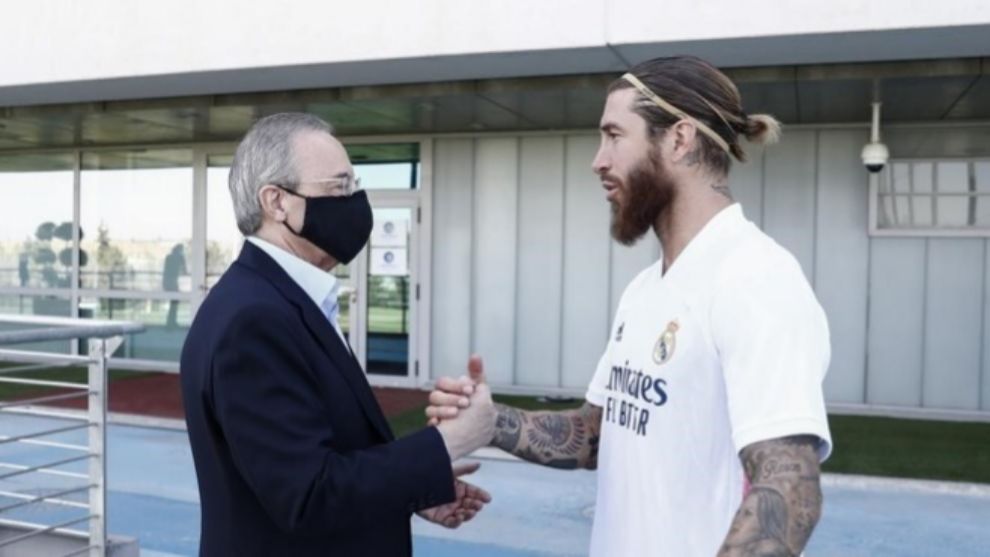 Sergio Ramos has rejected the contract renewal that Real Madrid have put on the table.

The club’s captain feels it doesn’t meet his economic worth, but president Florentino Perez thinks Ramos’ demands are unrealistic given the strain being wrought on finances by the coronavirus crisis.

Real Madrid’s proposal would see Ramos sign on for another season on a similar annual wage to what he currently receives – 12 million euros.

But, with a 10 percent wage reduction across the squad likely being put into place, it’s not the best time for Ramos – or indeed any player – to be negotiating a new deal.

Ramos does not want to lose out on a sum equivalent to around 1.2m euros, even if Real Madrid are set on pursuing that reduction to keep the club stable.

Another point of contention is the length of Ramos’ new deal. The 34-year-old wants a two-year extension, which he thinks he deserves after his efforts with the club to date.

But, he will turn 35 on March 30 and, for players of that age, Real Madrid only renew year to year.

It’s a red line they don’t want to cross, even for a legend like Ramos.

As of January 1, Ramos is now free to discuss terms with other clubs. With Paris Saint-Germain and Liverpool said to be interested, that has created more tension between Ramos and the Real Madrid hierarchy.

The situation is frustrating Los Blancos’ coach Zinedine Zidane, who has already said publicly that he wants it sorted out as soon as possible and to keep Ramos at the club next season.

Thu Jan 7 , 2021
Wolves have recalled forward Patrick Cutrone from his loan spell at Fiorentina to bolster their attacking ranks. The 23-year-old joined the Serie A club last January on an 18-month loan with a view to a permanent deal and made 34 appearances across the two half seasons, mostly as a substitute, […]