Zinedine Zidane spoke to the media on Friday, ahead of Real Madrid’s Saturday night clash with Celta Vigo, and the coach called for the contract situations of his players to be sorted as soon as possible.

Players with deals that expire in the summer are free to start negotiating with other clubs, so Zidane wants renewals to come soon.

“We want them to be sorted quickly in those cases,” he said when asked about Luka Modric, Lucas Vazquez and Sergio Ramos.

“It’s for the good of all that the situations are sorted quickly.”

He didn’t, though, want to talk about David Alaba or other players that Real Madrid could sign.

“We already have a large squad, we’re just thinking about tomorrow’s game,” he said.

“They have a difference maker in the form of Iago Aspas, who is spectacular.”

Asked about Atletico Madrid and whether or not they are favourites to win LaLiga Santander this year, he was vague.

“They’re in first place and have a lead, but that’s all,” the Frenchman replied.

“I don’t think it’ll just be a head to head title race between us and them. It’s a very open title race.”

Zidane also said that he hopes 2021 is Eden Hazard’s year.

“We’re confident in him,” Zidane said.

“He’s had a tough time, but we’re convinced that he can help us.

“He has come here to show what he can do. We’ll little by little see him back with us.”

“It’s a job that wears you out, but I like this job and enjoy it,” he said.

“I don’t know what will happen in the future, but I just enjoy every moment.

“My wish for the year? For there to be no injuries, for us to try to win titles and for those who are suffering to have a better time.”

Fri Jan 1 , 2021
Real Madrid – La Liga Is a doubt to face Celta Vigo Sergio Ramos EFE Real Madrid trained on Friday, ahead of their Saturday night match against Celta Vigo, but Sergio Ramos wasn’t able to work with his teammates due to a mil illness. He worked on his own and did […] 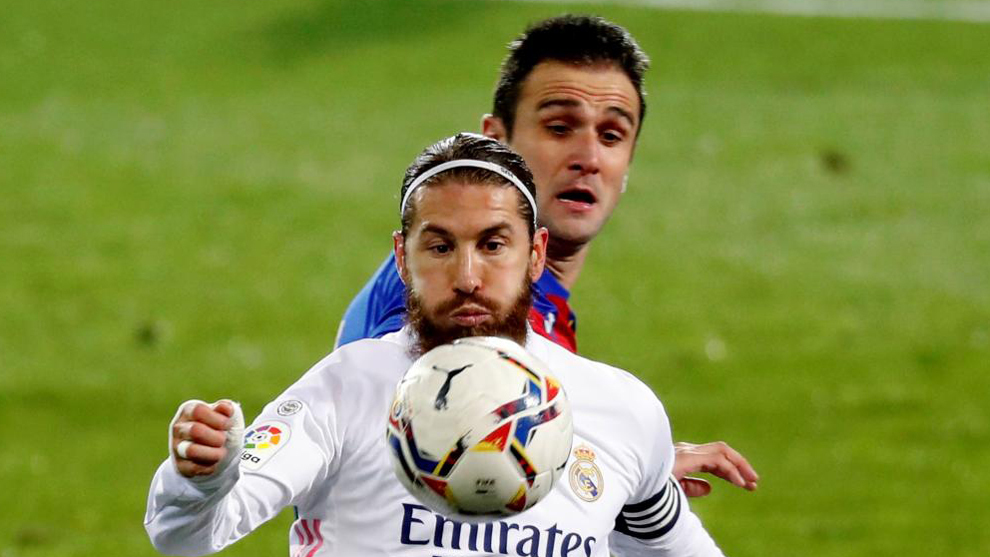