Real Madrid – LaLiga Hopes to return for the Inter game, but that’s up in the air 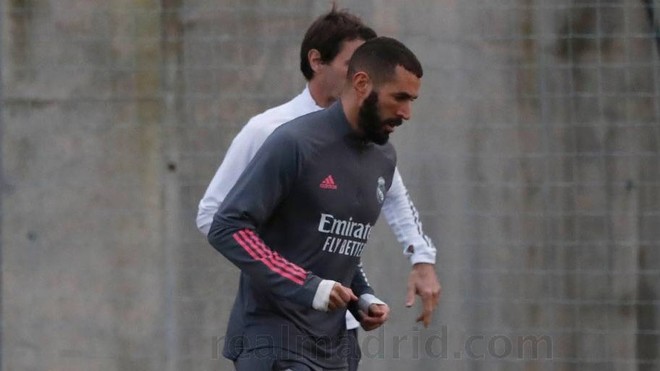 Real Madrid were back in training on Sunday as they begin preparations for Wednesday’s Champions League match away at Inter and they were without Karim Benzema for the day’s session. The French striker missed Saturday’s 1-1 draw at Villarreal with a muscular overload and he worked on his own again, both on the pitch and in the gym.

He is trying to ensure he can be available for Wednesday’s match, but that’s up in the air right now. Zinedine Zidane hopes that Benzema can return, especially since Luka Jovic tested positive for coronavirus.

It is expected that Benzema will take part in Monday’s training session. If he can’t then that would make him a serious doubt to feature at the Stadio Giuseppe Meazza.

Meanwhile, the starters from Saturday’s match had a light recovery session this Sunday as they did some jogging on the pitches and then had an indoor workout. The rest of the available players took part in some possession and pressing drills, some shooting drills and some mini matches.

Markieff Morris wants to re-sign with the Lakers