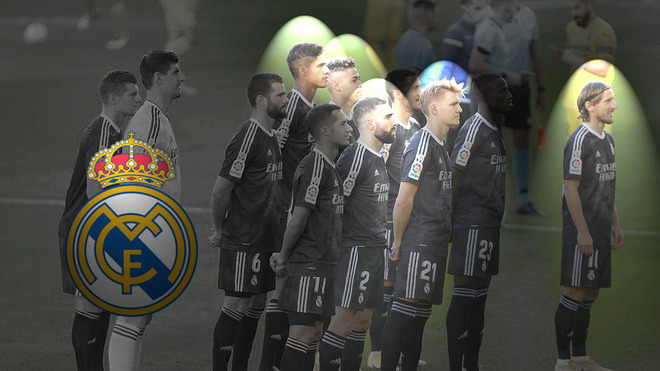 Real Madrid have dropped points again, this time against Villarreal, and the critics haven’t held back in their analysis of Zinedine Zidane’s side. This is yet another disappointment for Los Blancos as they collapsed in the second half, not really showing any real kind of game plan.

However, it’s not all bad news for Zidane, as there were a few positive performances to take from the game. In the first half, Real Madrid performed well, with Toni Kroos, Luka Modric and Martin Odegaard controlling possession in the midfield. Some nice interchanges and passing moves saw the away side tiptoeing around Villareal.

The midfield trio made 60 passes between them in the first 45 minutes. Odegaard pressed forward and Modric and Kroos broke up the play behind him, winning the ball back 12 times between them. When Zidane withdraw Odegaard on 65 minutes, Real Madrid lost their potency in midfield.

Another positive for Zidane was the return from injury of Dani Carvajal, who looked like he’d never been away. His presence is particularly good news ahead of the trip to Milan to face Inter.

Raphael Varane also put in a promising performance and looked strong and reliable in central defence in the absence of Sergio Ramos, while his partner Nacho did well too after his return from an injury.

Then there was Mariano, who started since Karim Benzema had an injury and Luka Jovic had tested positive for COVID-19. He scored Los Blancos’ goal just two minutes in and made a case to start more in the upcoming games.

The two dropped points at the Estadio de la Ceramica may be disappointing, but there were some signs in the performance that Real Madrid are getting back on the right track. They didn’t return to the capital in ruins, which is not to be sniffed at considering all the absences they had.

Sun Nov 22 , 2020
Liverpool left-back Andy Robertson has given Jurgen Klopp a boost by shaking off any fitness concerns ahead of the champions’ home clash with Leicester City. The Reds have suffered a defensive crisis in recent months. Centre-backs Virgil van Dijk and Joe Gomez will both miss a major chunk of the […]