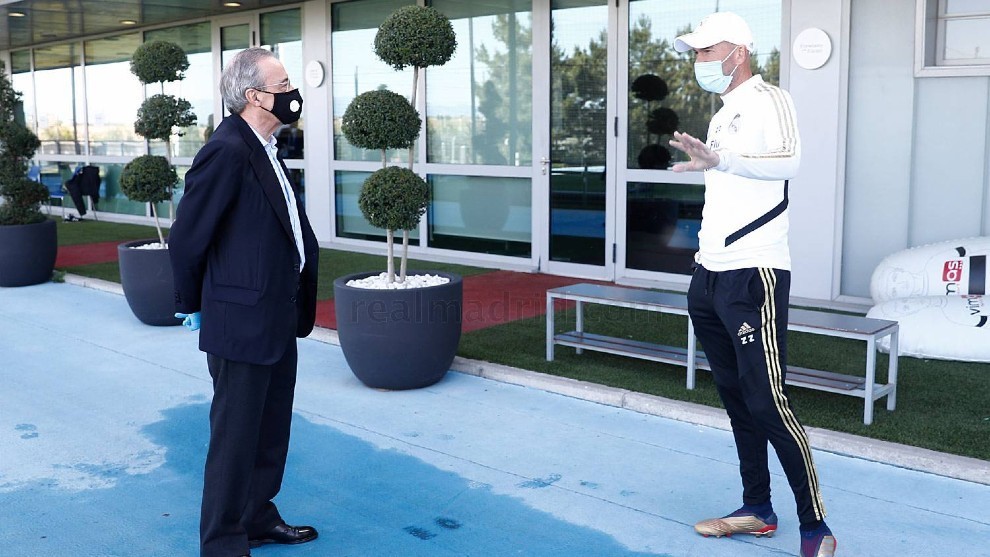 Martin Odegaard’s return from loan was the one incoming player at Real Madrid this summer, yet the Spanish champions believe their work in the transfer window has been successful.

Los Blancos, especially under Florentino Perez, have often been the headline-makers in transfer windows, yet the Spaniard has elected a far more cautious approach this time around as focus turns to the Estadio Santiago Bernabeu rejuvenation project and Kylian Mbappe’s contractual situation with Paris Saint-Germain in 2021.

The movements made in this window when you factor in transfer fees and savings on salaries have brought in an excess of 200 million euros for Real Madrid, which secures the club’s immediate financial future in a world full of uncertainty.

An objective was laid out by Perez and the technical department in May to lower a payroll which had 37 players on it, and several weren’t in Zinedine Zidane’s plans.

This has been achieved, with the club’s academy actually providing a significant injection of cash, with sales of homegrown players bringing in near 110m euros.

James Rodriguez’s salary has been taken off the club’s records completely, whilst Gareth Bale will be paid in part by Los Merengues after he joined Tottenham on loan.

Both of those aforementioned deals have saved the Spanish giants 40m euros, leaving the club with a much brighter outlook for the remainder of 2020 than previously thought possible.