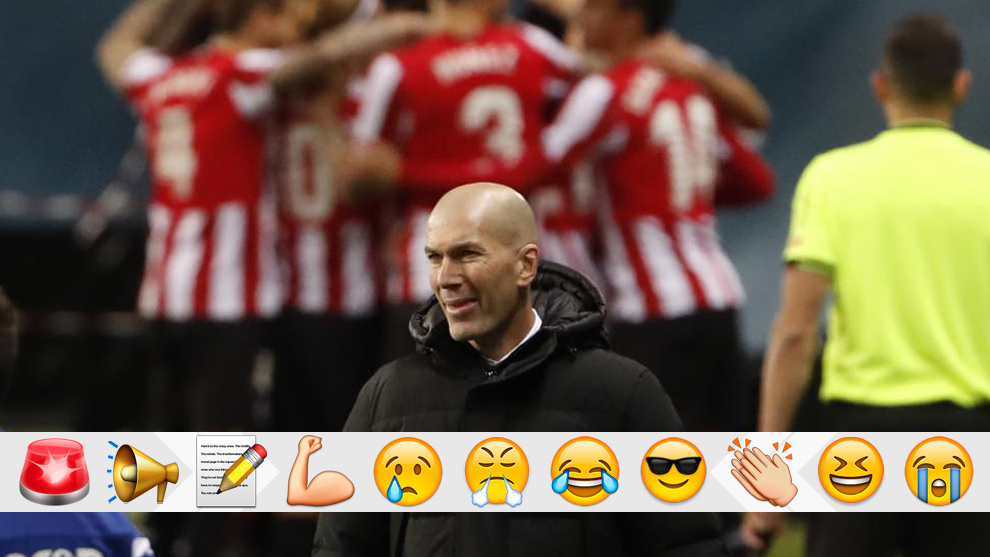 Zidane after one of the goals
Chema ReyMARCA

Marcelino, on the other hand, can already win silverware in his third game in charge at Athletic, having come out on top against Zidane.

A price will be paid for all of the above as Zidane remains under constant scrutiny, saving crisis after crisis.

Lucas will be saved because of previous contributions, but his night was similar to Raphael Varane’s at Manchester City, while Ferland Mendy’s attacks had people remembering Marcelo.

Raul Garcia stood above everyone on the pitch, making up for his sending off just a month ago at Valdebebas.

He’s always overexcited against Real Madrid, but he’s lethal when that is channelled in the right way.

Lucas Vazquez had his worst night as a Real Madrid player.

He made two fatal errors that led to goals, and he’ll want to put this game behind him.

Just after the hour mark, Marco Asensio had a huge chance after Toni Kroos and Eden Hazard combined to tee him up.

He missed the best chance until that point, and six minutes later he hit the crossbar.

Karim Benzema had the fine margins that Asensio didn’t, although he was almost offside as he scored the goal that opened the door for the comeback that never came.

But in the 82nd minute, when he scored a second, he was offside. 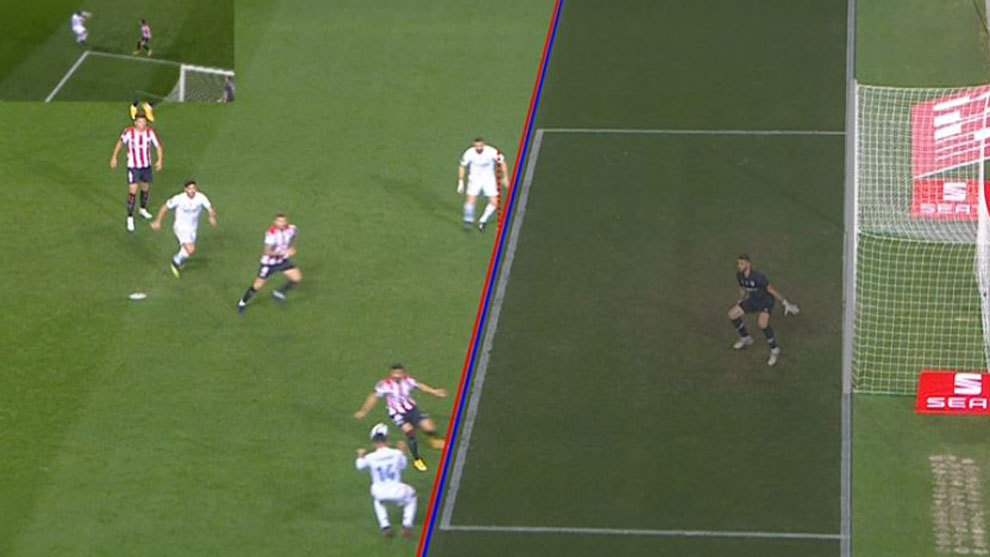 Nacho Fernandez was put through his paces, but the captain started and Nacho had to wait to replace the injured Varane at half time.

Real Madrid vs Athletic - Supercopa: Asensio: Real Madrid are sad and angry, but this is football and we have to continue

Thu Jan 14 , 2021
Real Madrid vs Athletic – Supercopa The Spaniard spoke after the elimination Asensio during the match vs Athletic MARCA Marco Asensio was disappointed to be on the losing side as Real Madrid fell to Athletic Club in Thursday’s Supercopa de Espana semi-final. Asensio was Los Blancos’ biggest threat on the night, […] 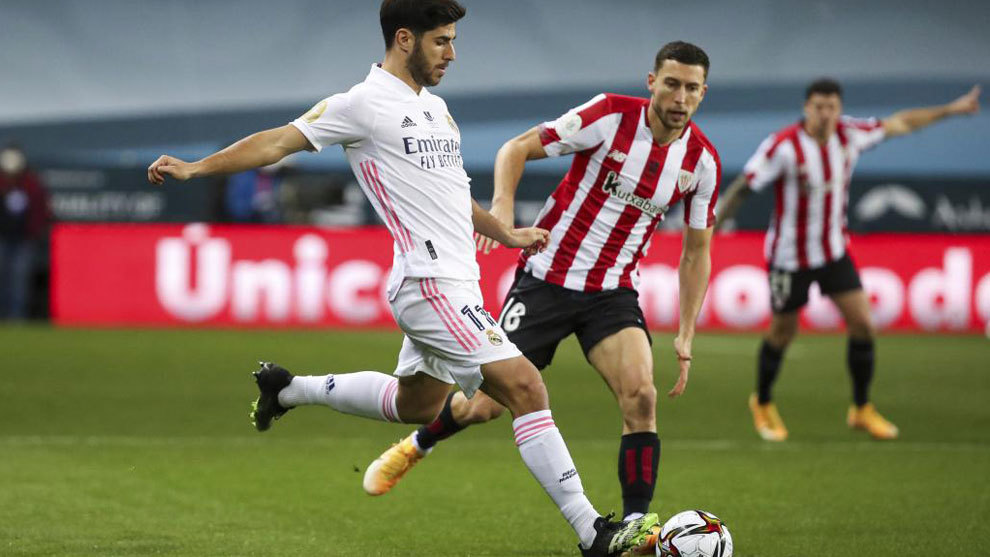