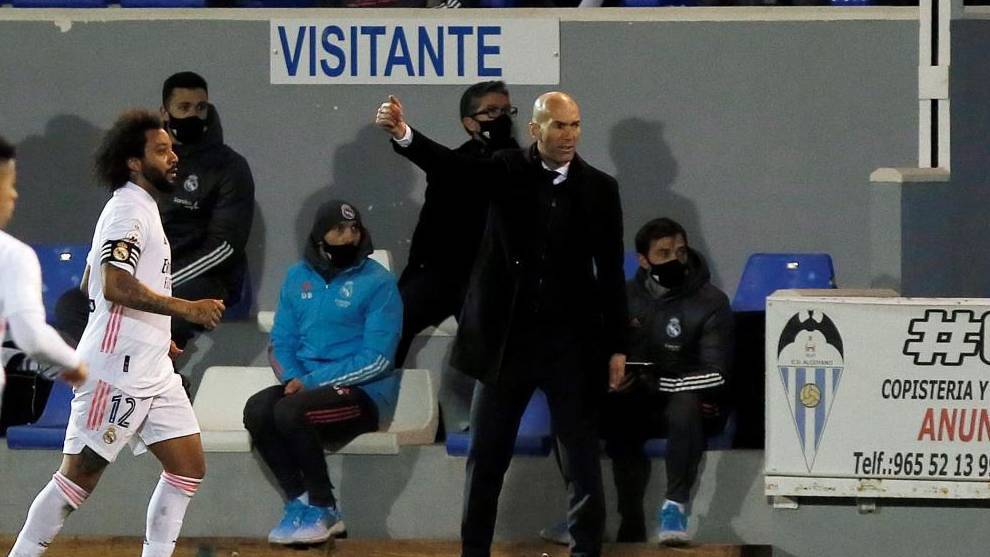 Real Madrid Club will wait until the summer to act

There is a sense of calm and reflection at Real Madrid this Thursday, even after the painful Copa del Rey loss to Alcoyano on Wednesday night, where the team fell to a 2-1 extra time defeat against 10 men.

The reigning LaLiga Santander champions may have lost their way in recent weeks, but those in charge at Los Blancos will wait until the summer to take decisions.

This means that Zinedine Zidane will be the coach when Real Madrid visit Alaves in LaLiga Santander on Saturday. The plan is for the Frenchman to finish the 2020/21 season.

Zidane took the recovery training session on Thursday and it appears he still believes what he said in his post-match press conference in Alcoy, when he claimed that this defeat was simply something that can happen in football.

The directors know that recent results haven’t been up to the standard expected at Real Madrid, but they’re insisting that this isn’t the moment to change coach.

Those in charge at the Estadio Santiago Bernabeu are aware of the need for a fresh project, but they want to launch it during an off-season and not right in the middle of a campaign.

What Zidane has done for the club is also playing a role in his continued employment, but he knows more than anyone that results will ultimately decide his fate.

The lack of fans in the stands also lessens the need to make a drastic change. In other times, there may have been a greater need to fix a bad atmosphere in the stadium.

The results from fan polls reveal frustration and, as is often the case, it’s the coach who is under fire.

But, for now, Zidane remains in charge and will try to salvage the season in LaLiga Santander and in the Champions League.