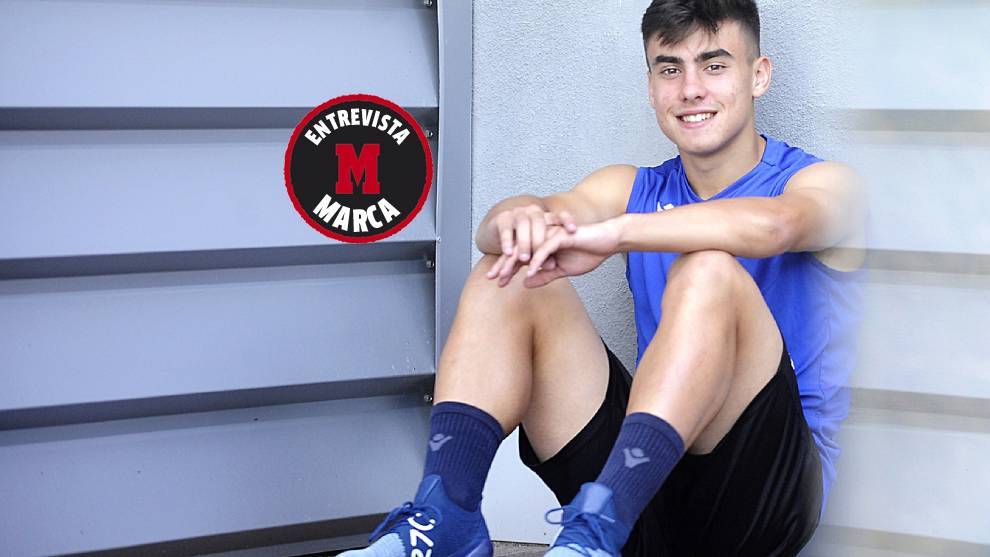 Ander Barrenetxea is confident that he and his Real Sociedad teammates can get back to their best during the Supercopa de Espana and pull off a surprise by beating Barcelona in the semi-finals on Wednesday night.

The exciting 19-year-old winger sat down with MARCA to discuss a series of things, during which he stated that he thinks it is absurd that some people believe that Lionel Messi is finished as a player.

La Real are fifth at the halfway point of the season with 30 points, although Sevilla have the same amount of points but with two games in hand…

It’s clear that we are annoyed by the recent run, in which there are some games that we could have won, but overall I think that the team has responded quite well. [We are] playing at a very high level and we are fighting for Europe and in the next stage of the Europa League, so I think that the goals we set at the beginning of the season are being met. I would give the team a very good mark at the halfway point.

You have participated in 16 out of the 19 matchdays, and nine have been as a starter. Are you satisfied?

I can’t complain. This season I’m really racking up quite a few minutes and the aim is to try and respond to what Imanol [Alguacil] is asking. After the two previous seasons, in this one I feel like I’m more a part of the squad.

You have scored two goals, more than in your first two seasons, but surely you want more.

You always get happy every time you score a goal, because it means that you are making an impact in the team and you are contributing, although it is not as nice as when it helps you win. A goal that wins you the match is different. Let’s see if it comes soon, but it’s good to add to my tally.

How much more can we see of Ander Barrenetxea?

I haven’t been able to show my best version yet, but I think we are close to seeing the best Barrenetxea and I hope I can soon show my full potential. Only 19 years old? I think that now I’m 19, I’m seeing it all happen very quickly and I want to make the most of it.

What do you think you still need to improve to reach your full potential?

There are a lot of things but, above all, [my] reading of the game. Sometimes I’m a bit hasty, too far forward, and sometimes you have to be more cool-headed and know how to choose the moments. The time you have to decide in the first division is less than in Cadetes [under-15s and 16s] or Juveniles [under-17s to 19s], and that’s where I have to improve. Pressure? No, playing against Barcelona, [Real] Madrid or Napoli and being able to win against them gives me ambition more than anything else.

Barrenetxea, Bryan Gil, Pedri… The youngsters are making an impact, aren’t they?

I know them from the national team. Pedri is an incredible player, he turns as and when he wants, if he is at Barcelona and is a regular, next to [Lionel] Messi, it is something; they have not handed him anything. I am very happy for him, because he is very humble. I have seen Bryan doing what he is doing at Eibar since he was 16 years old, when we were with the under-16s. I haven’t seen a full-back who’s stopped him all game. There are very few with his quality. I would also add [Yeremi] Pino and [Alex] Baena from Villarreal, Borja Sainz… The truth is that several of my generation have come together [and are playing first-team football].

Coming so young into the elite, how long do you think you will last in it? Until 35 like David Silva and Nacho Monreal, or will you get bored of football before then?

I hope that at 35 I will play with the joy of Nacho or David, who look like children. I hope I can be at the age of 35 at La Real, teaching the young people who will arrive then, and also learning from them. It’s a joy to be with them now in the dressing room, and with the others, whom I used to watch on TV until two years ago.

Now, in at the Supercopa de Espana, you will be measured up against Pedri and Barcelona…

To be able to play a Supercopa, after having always seen it on TV, is a blessing for me. We’ve earned it with our work and we’re going to enjoy it and compete in it. Barcelona? It is a game, we will go out to win as always, knowing that they are a great team. I think it’s a joke that they say Messi is finished, it’s absurd. He is the best player of all time and he can decide a match at any time. Let’s hope that it won’t be on Wednesday. Let’s play a great game and get to the final.

FC Barcelona - La Liga: Laporta: With Messi I have an advantage