Fernandes fired home from the spot to send United level on points with league leaders Liverpool.

Paul Pogba was adjudged to have been fouled in the area by Douglas Luiz much to the Brazilian’s disgust.

Pogba appeared to trip himself up and afterwards Luiz was furious.

“If we have VAR to help, let’s start using it correctly, these mistakes can define the future of clubs!”

beIN Sports pair Keys and Gray also gave their verdict on the incident.

Keys then claimed both Marcus Rashford and Anthony Martial were ‘serial offenders’ who would ‘go down if they were sneezed on’.

He said (via the Manchester Evening News): “I think it’s impossible for one team to be rewarded in that manner, so often. These two [Martial and Rashford] are serial offenders for me.

“They go over when you sneeze on them. I’m a little surprised to see Fernandes has only won two. I thought he’d be more successful than that. It’s impossible.”

The comments left United fans furious. But former United forward Andy Cole said the decision to award a penalty for the foul on Pogba against Villa was the correct one.

He told Sky Sports: “I don’t think so (Pogba tripping himself up). I think the problem nowadays is that with the faintest of touches, anyone is going to go down.

“If you look at it there is a touch and he’s gone down. Man United have got a penalty out of it and it’s the right call.”

Who are in the the NFL playoffs 2021? Bracket for AFC and NFC 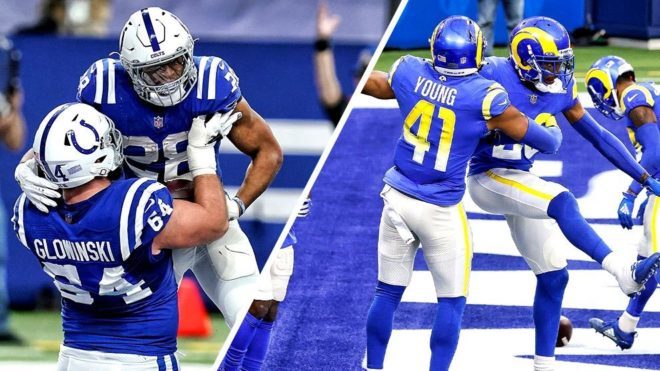