Nigeria national team coach Gernot Rohr has revealed LASK goalkeeper Tobias Lawal will not feature against Algeria on Friday due to passport issue.

The 20-year-old was born to a Nigerian father and Austrian mother which make him eligible to feature for either of the countries.

The goalkeeper has represented Austria at the U20 level but could still switch his allegiance to the West Africans.

Lawal, who is currently in the Super Eagles camp, will, however, have to renounce his Austrian citizenship before he can be cleared to represent the three-time African champions.

Rohr explains the necessary conditions have not been met and the goalkeeper will not play a part for his side against the Desert Foxes.

“Tobias Lawal was the man of the match in his last game for LASK, he played already for Austria U2O, a friendly, so he could switch but the problem in Austria,” Rohr said in a press conference.

“You saw yesterday people from Nigeria’s embassy in Vienna were here and I asked them for the passport for Tobias Lawal, his father is Nigerian and his mother is Austrian, same like [Kevin] Akpoguma in Germany, it’s not the same situation unfortunately in Austria, they don’t give two passports, so if he has a Nigerian passport he must drop the Austrian passport.

“There could be some exception and this is not in our hands to give it, we’ll ask for it if he’s interested. He wanted to come and see how we are working if the group is okay if the atmosphere is good for him.

“He’s not officially one for the list, he will not play the game, he cannot even come in but he’s working with us, he’s only 20, he has a good future.”

Rohr also revealed a number of reasons why his regular goalkeepers Daniel Akpeyi, Ikechukwu Ezenwa and Francis Uzoho were not handed call-ups for the encounter.

“I spoke when we had lunch with the goalkeeper coach about him and Alloy [Agu] told me he has a big future, also for Maduka and also for the other goalkeepers, Uzoho will come back,” he continued.

“Akpeyi had an injury and didn’t play for our long time, Uzoho is only on the bench, did not play since the injury against Brazil, we couldn’t take Ezenwa because he has not played for a long time.

“It’s interesting to see how they can work with four goalkeepers, three will be in the official list. Tobias Lawal, we have to check his passport.”

Nigeria will take on Tunisia in another friendly on October 13 as part of their preparation for the Africa Cup of Nations qualifiers against Sierra Leone in November.

LaLiga: Luis Suarez: I spent days crying because of what happened with Barcelona this summer

Fri Oct 9 , 2020
LaLiga Forced out of Camp Nou Luis Surez. Luis Suarez has hit out at Barcelona for the way they handled his departure from the club this summer. The striker made the move to Atletico Madrid after being told by Ronald Koeman that he wasn’t part of his plans. “It’s difficult because […] 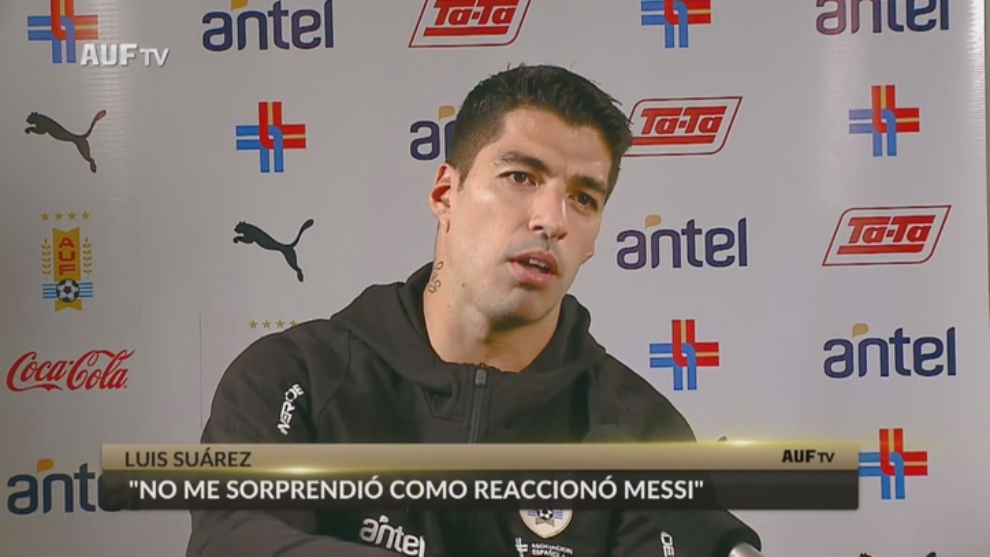