Bukayo Saka is adamant that burnout will not become an issue for him, despite the 19-year-old becoming a key man for Arsenal and England in the 2020-21 campaign.

The talented teenager enjoyed a breakthrough campaign at Emirates Stadium last season, as Mikel Arteta began to put his versatility to good use.

A regular role has now been nailed down for the Gunners, while international allegiance has been pledged to the Three Lions.

Saka has figured in all but one of Arsenal’s eight Premier League games this term, while he graced three England fixtures during the November international break.

His ability to fill defensive and attacking berths down the left flank is being embraced by club and country, and the Emirates Stadium academy graduate is not about to complain about his hectic schedule as he continues to live the dream.

Saka said of his meteoric rise to prominence: “It’s a lot of minutes but as a kid this is what you dream of.

“So I can’t now turn around and say I don’t want to play because I am living my dream, playing for England.

“I played all three games – who’d have thought I would do that? So I’m not going to complain.

“I just have to trust the people in charge will manage me in the correct way and continue to help me thrive and progress as a player.”

Saka added, with his senior England bow having come against Wales in October: “It’s all happened so fast I haven’t even had time to think about it,” he said.

“Playing for England is such an honour, it’s the highest level you can play at. So I haven’t really thought about it too much.

“But I’m going to go home and speak with my family about it – I know they’re proud of me. I’m sure they will tell me what they think of it all.

“I’m still young but for him to put me on in these type of games is an honour and it gives me so much confidence.

“I’m also grateful to the players, they took me in, encouraged me a lot and gave me confidence.

“That helped me to go out there and express myself, and I felt in all the games I was given an opportunity, I played well and took my opportunity.

“I am happy with my performances in this international break.”

Saka, who committed to a new contract at Arsenal over the summer, is taking everything in his stride for now, but concedes that there can be no letting up from him as he chases down a place in England’s squad for next summer’s European Championship.

“I feel that every opportunity that comes up in every camp and every international break I have to make sure I’m fit and available to be picked,” he added.

“Then, when I am picked, I have to give my all and take every opportunity I am given. Also I have to remain at my club, play well, score goals, assist goals, be a threat, be good defensively and show the boss he can trust me.”

Lampard says Chelsea star is not appreciated by 'the modern fan'

Fri Nov 20 , 2020
Frank Lampard hopes Mason Mount will bring his sparkling international form back to Chelsea. Midfielder Mount started all three of England’s matches during the two-week break and scored his third Three Lions goal against Iceland. Like all Chelsea’s internationals, Mount faces a quick turnaround with a trip to Newcastle for […] 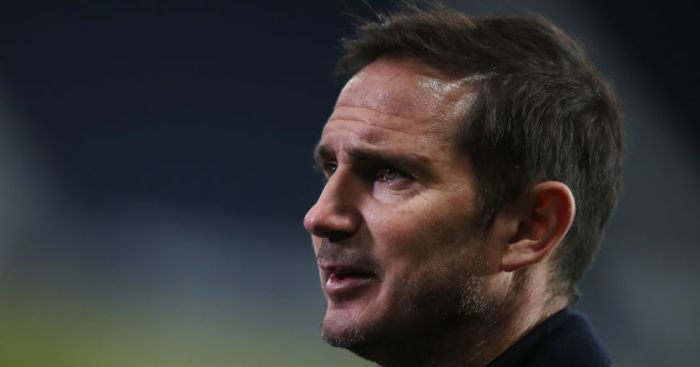