Bukayo Saka has “evolved” as a player in recent months, according to Mikel Arteta, who says the Arsenal starlet is improving at a “crazy” rate.

Saka enjoyed an impressive breakthrough season at Emirates Stadium in 2019-20, making 39 appearances in all competitions as the Gunners finished eighth in the Premier League and won the FA Cup for a record-extending 14th time.

The 19-year-old contributed four goals and 11 assists to Arsenal’s cause, proving his versatility by playing in several different positions.

Saka was handed a new four-year contract as a reward for his impressive performances in July, and has enjoyed a strong start to the new season.

The young winger was also handed his first senior call-up to the England squad last week, and made his international debut during a 3-0 friendly victory over Wales on Thursday.

Arteta is in awe of how quickly Saka has developed his all-round game since his arrival as head coach last December, and says the sky is the limit for a player who is always striving to reach the next level.

Asked if he has been surprised by the teenager’s rapid rise to prominence, the Spanish boss told Arsenal’s official website: “Absolutely [it’s been crazy] and this is down to all the good work that is being done at Hale End with him, with all the coaches, all the education that he’s been through here and then the type of character and player that he is.

“The way he’s maturing, the way he’s assimilating everything that’s happened to him in the last few months is remarkable. Physically he has evolved. He looks a little bit older, but then how he’s able to read the game, the situation that happens to him, how he resolves the situation, how long it takes to make those decisions.

“His communication has improved a lot towards his team-mates as well because he feels more part of the team, he’s integrated, he feels important in the team I think.

“Then what he’s able to do with the ball in the final third when things get a little bit difficult, and how he approaches those moments is probably the biggest part of his game.

“What I like about him is that he’s very versatile, he’s really intelligent and that he adapts and has a lot of courage to play the game. It doesn’t matter which position he plays, he acts exactly the same way. He’s so willing to learn and ask the right questions that he can set his own limits.”

Fri Oct 9 , 2020
Rafael Nadal and Novak Djokovic could meet in the French Open final on Sunday if they win their matches today. from Daily Express :: Tennis Feed https://ift.tt/3lsLHlF Source of the article 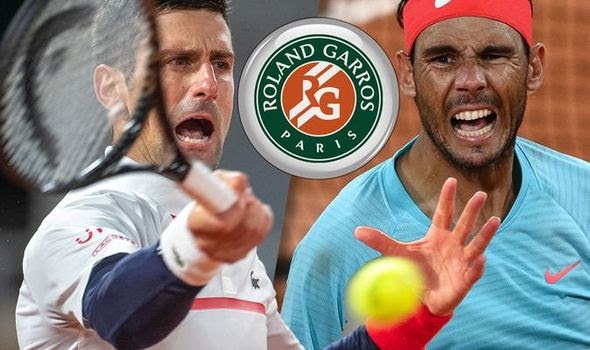