Diego Schwartzman knew how it felt to lose in a Grand Slam championship quarter-final. On Tuesday, when he saw a 5-4, 40/0 fourth-set lead evaporate against third seed Dominic Thiem, the Argentine thought, ‘Okay, c’mon, today it’s not going to happen’.

His 20th victory of 2020 guarantees Schwartzman his place in the Top 10 of the FedEx ATP Rankings for the first time when the new lists are published on Monday.

“In the second set [and] the third set, I had a lot of opportunities, also easy opportunities,” said Schwartzman, after the ninth Top 10 win of his career. “That’s why I was really upset, really angry with myself at that time… when I was close to winning in those sets. I couldn’t do it.

“It was a tough situation because in the fourth [set], he started playing so well. I made the comeback, serving at 5-4, 40/0. He played three unreal points, amazing points, because he’s one of the best and he can do it. At that time I was thinking, ‘Okay, c’mon, today it’s not going to happen.’

“I had a lot of opportunities — easy, tough ones, hard [ones]. Every single opportunity was different. I didn’t take them… I played an amazing tie-break in the fourth. In the fifth, I keep doing the same thing, being solid. At the end, I think [I] physically finished better than him.”

The 28-year-old, who came into Roland Garros on the back of contesting his first ATP Masters 1000 final at the recent Internazionali BNL d’Italia in Rome (l. to Djokovic), believes it was his variation that helped him find a way to beat Thiem.

“I have to do a mix [of styles] every time I’m on court,” said Schwartzman. “Being aggressive when I have the chance, having good defenses when I have to do it. Today I think was different game. I went to the net many times, because Dominic was hitting a lot of slice. When I had the opportunity to go to the net against that slice, it’s a good position for me.”

Schwartzman will now rest ahead of his first major semi-final on Friday against second seed and 12-time champion Rafael Nadal or Jannik Sinner.

Tue Oct 6 , 2020
The Everton star is about to make his international debut and spoke about his journey to the very heights of the English game Dominic Calvert-Lewin was sat wearing the England badge having scored nine goals in his first six games this season, but recalled an early career moment that prepared him […] 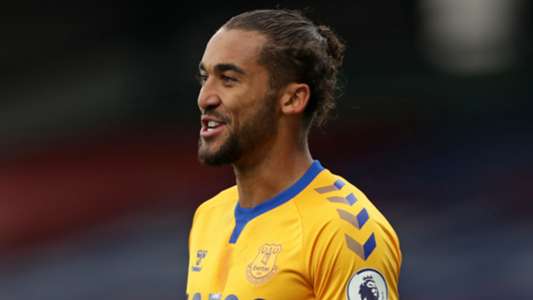